Rowdy Gaines Appointed to ZAC Foundation Board of Directors 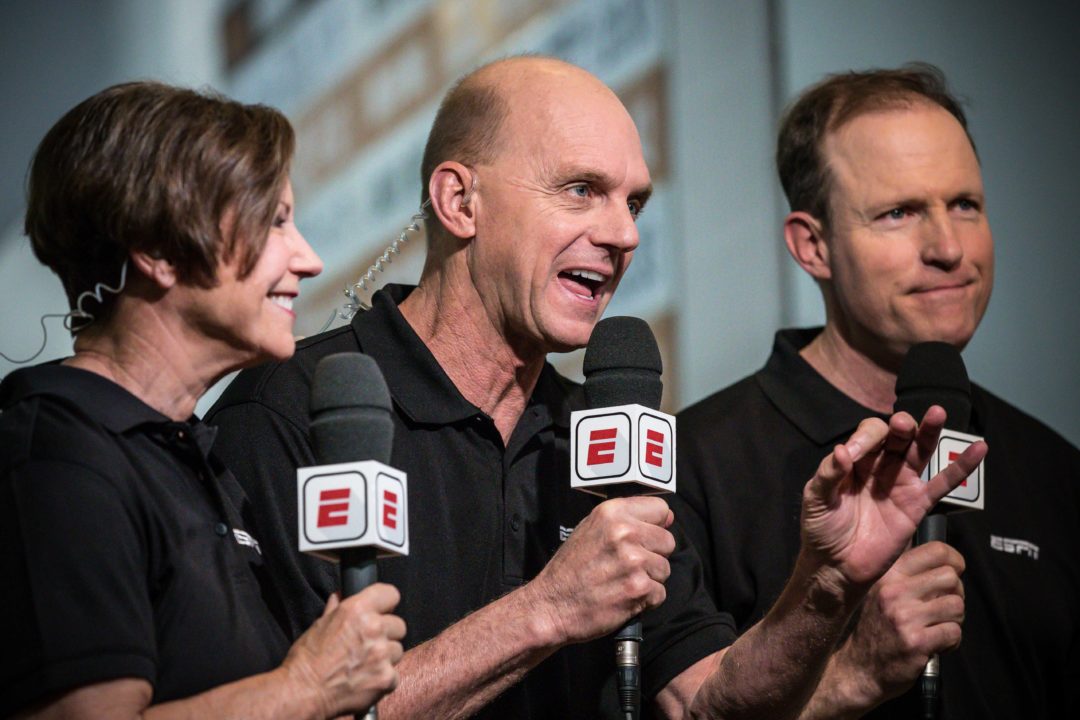 The ZAC Foundation, a nonprofit dedicated to improving water safety by funding advocacy, education and effective programming to safeguard children and their families, announced the appointment of three new directors to its board, including three-time Olympic gold medal swimmer Rowdy Gaines. Current photo via Jack Spitser/Spitser Photography

“Rowdy, Peter and Bill bring outstanding experience in the worlds of water safety and aquatic management and will be terrific assets as we work to expand our water safety programming and provide children and their families with tools to stay safer around water across the U.S.,” said Karen Cohn, who co-founded The ZAC Foundation with her husband Brian after the loss of their six-year-old son, Zachary Archer Cohn, who became trapped in a drain in their backyard swimming pool.

Founded in 2008, the ZAC Foundation’s advocacy and education efforts have reached more than 15,000 children and their families directly, with millions more reached through social media and news outlets.

Ambrose “Rowdy” Gaines IV, who also serves as a spokesperson for the ZAC Foundation, is one of the greatest American sprint freestylers of all-time. Gaines swam at Auburn where he was a five-time NCAA Champion. In the late 1970s and early 1980s, Gaines was the top sprinter in the world and was favored to win multiple gold medals at the 1980 Olympics if the U.S. not boycotted the games. Gaines returned for the 1984 Olympics and won gold medals in the 100-meter freestyle, and in two relay races.

After the 1984 Olympics, Gaines stopped competing and became a swimming announcer on TV. In 1991, he developed Guillain-Barré syndrome and was hospitalized for two months. Using the swimming for therapy, Gaines fully recovered and became the oldest swimmer to qualify for the trials for the 1996 Summer Olympics. Ultimately, he chose not to compete in the trials and continued his career as a television commentator. Gaines has continued to compete into his late 50s in masters events, setting multiple records. Known as the “voice of swimming” he will be part of the broadcast for the eighth time with NBC in 2020 for the Tokyo Olympic Games and is currently the Vice President of Aquatics for the Central Florida YMCA and continues to spread the message of water safety throughout the country. Gaines is a member of the U.S. Olympic Hall of Fame, the Alabama Sports Hall of Fame, and the Florida Sports Hall of Fame.

Peter Nussbaum was the General Counsel of Point72 Asset Management, L.P. and its predecessor, S.A.C. Capital Advisors, LLC, from 2000 until February of 2015.  Before Point72/SAC, Nussbaum was a partner at the law firm Schulte Roth & Zabel LLP, specializing in domestic and offshore investment funds, investment advisers, securities regulation, and corporate transactions. He joined Schulte in 1998 as an associate. Prior to Schulte, Nussbaum was an associate at Patton Boggs, a Washington, D.C. law firm where he handled both litigation and corporate matters.

Nussbaum received his B.A. from Amherst College and his J.D. from Yale Law School. He also has served as a member of the Board of Directors and the Executive Committee of the Managed Funds Association, an organization representing the global alternative investment industry. In addition to his role on the ZAC Foundation’s Board, Nussbaum is a Trustee of the Westport/Weston Family YMCA Foundation, Inc., and a coach of the Y’s Special Olympic swim team.

An Associate Professor and Associate Chair of Curriculum within the Indiana University School of Public Health–Bloomington, Dr. William Ramos researches the public health impact of both built and natural aquatic environments. For the past 30 years, he has practiced aquatic management in everything from conventional pools and waterfronts to today’s modern waterparks. His insider exposure to the field of aquatic management has provided the impetus for research questions surrounding issues such as drowning prevention, physical activity, participant perceptions, and recreational water illnesses.

His work has led to collaborations in Ghana, Sierra Leone, Liberia, Egypt, and most recently Vietnam. He also serves on the Aquatics sub-committee of the Red Cross Scientific Advisory Council, as well as on committees with the American College of Sports Medicine, We Bloom – INGO, Indiana State Department of Environmental Health, and Eppley Institute for Parks and Public Lands.

About The ZAC Foundation

The ZAC Foundation was established in 2008 by Karen and Brian Cohn after the loss of their 6-year-old son Zachary Archer Cohn in a pool drain entrapment in their backyard swimming pool.  Through education and advocacy, the Foundation has educated more than 10,000 children and their families on the importance of water safety and is dedicated to continue preparing more for a lifetime of water safety.  To learn more about The ZAC Foundation, connect with us on Facebook and TheZACFoundation.com.