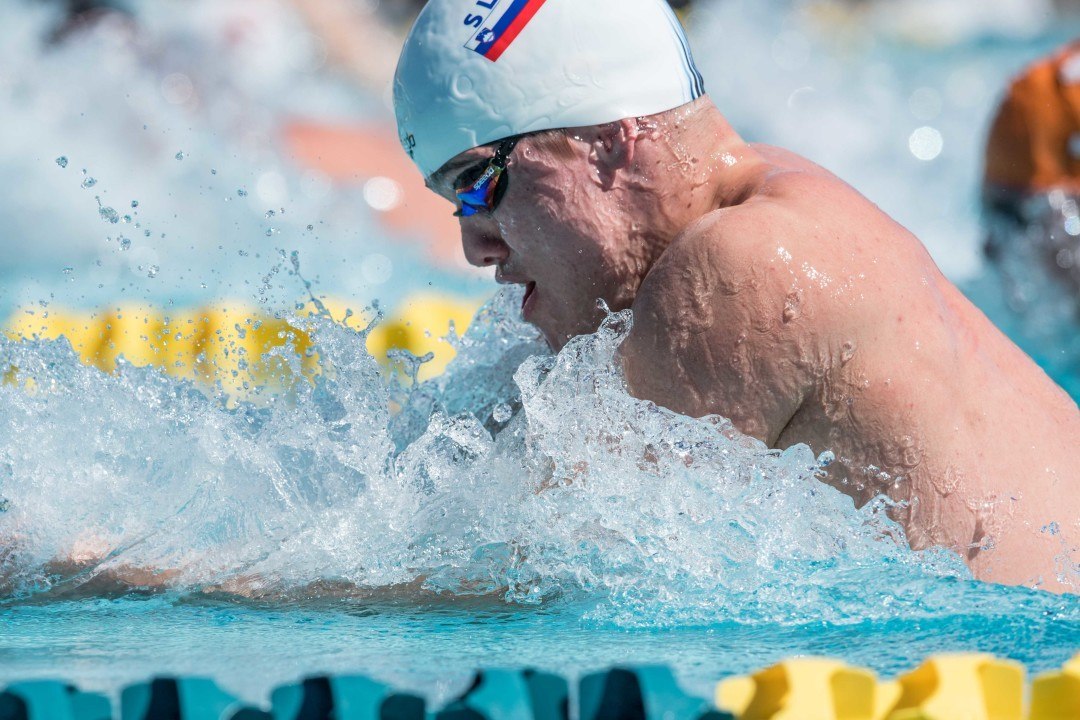 Peter John Stevens competed at the Slovenian Championships over the weekend, registering a win in the 50 breast and a runner-up finish in the 100. Archive photo via Mike Lewis/Ola Vista Photography

The highlight of the Slovenian Championships that took place over the weekend was butterfly specialist Robert Zbogar taking down his own national record in the 200 metre event. His swim of 1:57.29 eclipsed his previous record of 1:57.64 from the 2014 European Championships. He just missed the FINA ‘A’ qualifying standard of 1:56.97.

The men’s sprint breaststroke produced the highest FINA point swims on the male side for the meet, with Slovenia’s own Peter John Stevens and Belarusian Ilya Shymanovich battling it out. Stevens won the 50 breast by over half a second in 27.44, while Shymanovich took the 100 breast in 1:01.30 over Stevens’ 1:01.38.

The highlight of the relay events was the Slovenian women’s team putting together an 800 free relay that clocked 8:00.40, moving them ahead of Belgium for the 16th and final spot on the qualification list for the Olympics with the deadline looming on May 31st. This all but solidifies their position at the Olympics.