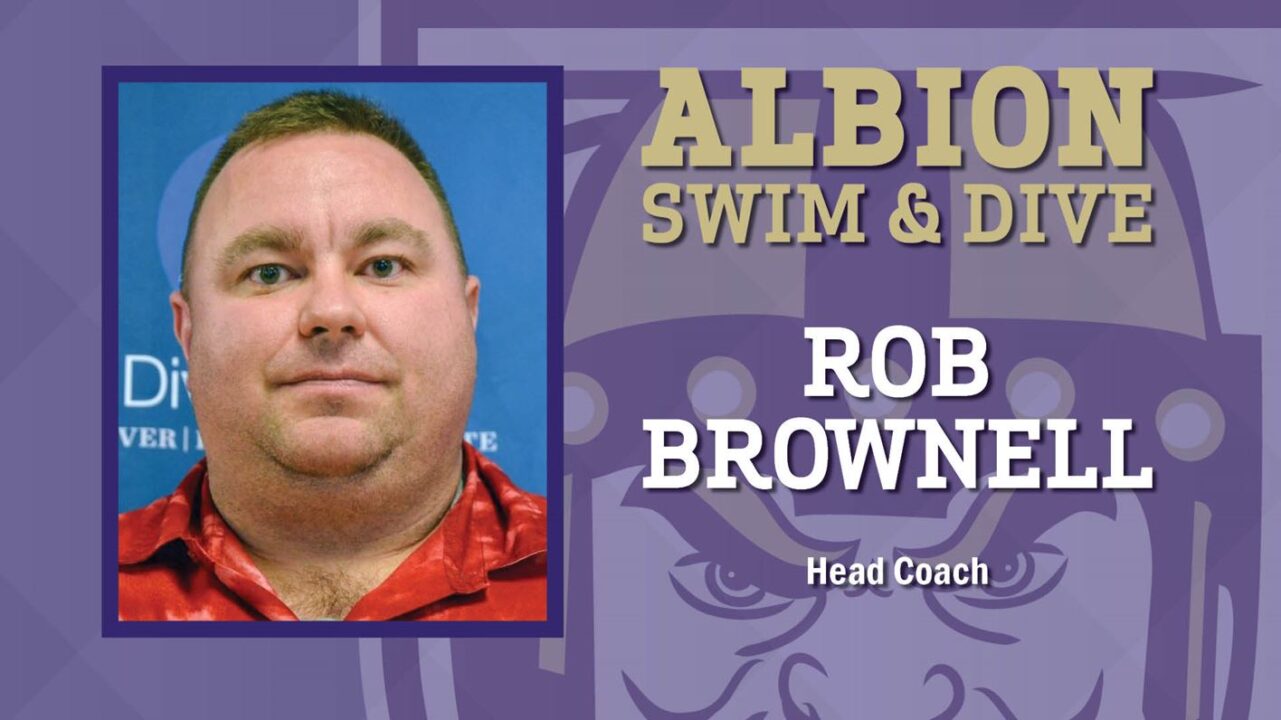 Brownell comes to Albion with a wealth of experience, including spending the last five years at Olivet College. Current photo via Albion Athletics

ALBION – Director of Athletics, Melissa Walton, has announced the hiring of Rob Brownell as the next head swimming and diving coach at Albion College. In addition to leading both the men’s and women’s programs, he will serve as Albion’s Aquatics Director, overseeing the Dean Aquatic Center.

Brownell comes to Albion with a wealth of experience, especially in the MIAA. He has spent the last five years at Olivet College leading the Comets swim and dive programs. In that span, Brownell mentored his swimmers to 101 Top-10 performances at Olivet, five MIAA individual champions, two NCAA Qualifiers and one All-American.

“We are thrilled to announce Rob Brownell as the Albion College Aquatics Director/Head Men’s and Women’s Swimming and Diving Coach,” said Director of Athletics, Melissa Walton. “He brings to Albion over two decades of coaching experience that will assist in moving us to the next level. His passion and dedication to his student-athletes makes him an excellent fit at Albion.”

Prior to his time with the Comets, Brownell served 12 seasons as the varsity head coach at Battle Creek High School, mentoring five state qualifiers along the way.

“I am extremely honored to have been selected as the next head Swim & Dive coach at Albion College,” Said Brownell. “Albion has a rich tradition of athletic and academic success, and I can’t wait to continue that tradition in the pool with these amazing athletes and coaches.  I look forward to being a part of the Briton family!”

A Michigan native, Brownell attended Marshall High School before heading out to the west coast. Brownell’s tenure with the Britons begins on August 1. Albion is coming off a season where both the men’s and women’s teams took third at the MIAA Championships, and five swimmers qualified for Nationals.