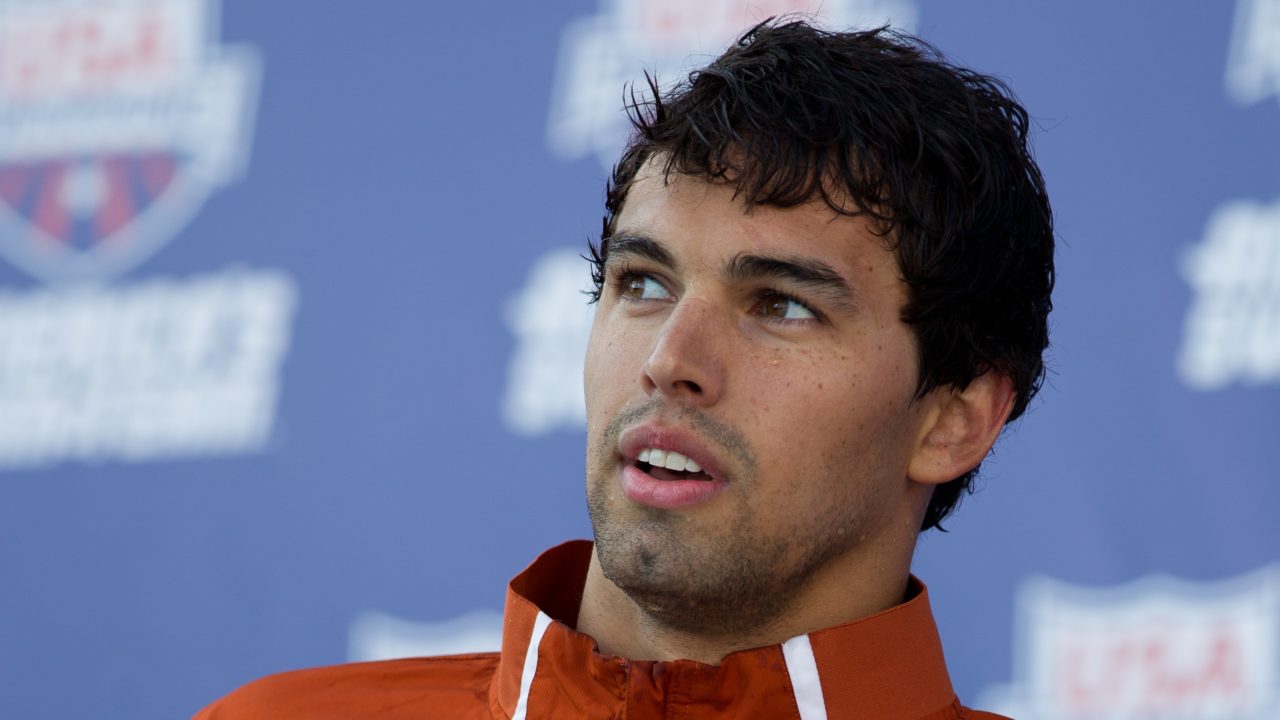 Ricky Berens will get the nod, and will get it in a big way, as he anchors the American 800 free relay. (Photo: Tim Binning/TheSwimPictures.com)

After Ricky Berens didn’t get the chance to swim the 400 free relay final, he is getting the mother-of-all chances to swim in the 800 free relay. Not only did the Americans call him up to the final, they put him in the anchor position. With him being a huge veteran in relays, he should have no problem handling that anchor leg for the Americans.

Individual 200 freestyle silver medalist Conor Dwyer will lead the Americans off, followed by Ryan Lochte, who will be swimming his third swim of the night. The other leg will belong to Charlie Houchin, who had the fastest split of any of all of the prelims relays in the morning.

In that first leg, we’ll see four of the top five finishers from the individual 200 freestyle. The Russians will lead off with Danila Izotov, the French will lead off with Yannick Agnel, and don’t sleep on the Japanese, who send 5th-place finisher Kosuke Hagino off on their lead leg, and follow with three other very solid swims.

Looks like they learned their lesson from the 400FRR. Always put a veteran on the anchor position and never sleep on Ricky B.

Excellent! I like this lineup much better than the 400 free relay fiasco! Did the coaches finally decide to put politics aside and use common sense?

Are you guys really complaining that the 100 free silver medalist was on the 4×100 relay? And the best American 100 freestyler this year? And (I believe) the second fastest 100 American freestyler ever in textile? I think it would be politics to NOT put him on.

No, I believe the gripe is against having Lochte, though Feigen did under perform on the relay, as evidenced by his individual.