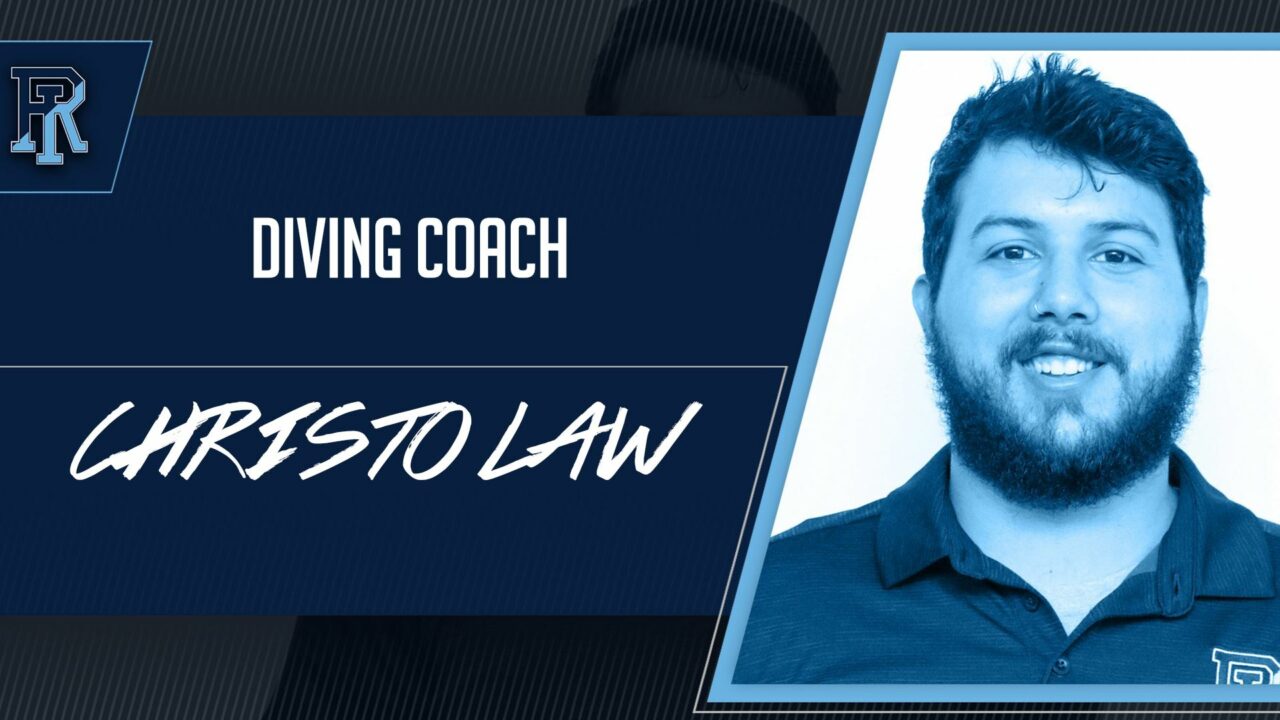 “I am so excited to welcome Christo Law as our Diving Coach to our Rhody Swimming and Diving family,” Deering said. “He has been around the sport of diving for most of his life and brings a lot of experience, knowledge and passion for the sport. Christo’s impressive history as a diver and coach will provide the team with a great opportunity for success as this program continues to grow and be more competitive in our conference.”

Law comes to Kingston after a highly successful season at Bryant, where he helped the men’s and women’s teams win the 2021 Northeast Conference championship. As the assistant diving coach, Law worked with Northeast Conference Women’s Diver of the Year Kyri Chambo, as well as Evan Clark and Drew Arnold, who shared the league’s Men’s Diver of the Year award.

Law helped guide a women’s diving contingent that placed first and third in both the 1-meter and 3-meter diving events at the Northeast Conference meet, with Chambo winning both. On the men’s side, Bryant swept the top three spots in both events.

“I’m so excited to continue my collegiate coaching career at URI,” Law said. “The facilities here are amazing and this campus is beautiful. There is great potential here and I can’t wait to tap into it and see how far we can push this Swimming and Diving program.”

Law took up the sport of diving in San Antonio 2006 with the Alamo Area Aquatics Diving program, where he was coached by Stan Randall, as well as his uncle, Tommy Law.

“It wasn’t so much passion and dedication that kept me in the sport at the beginning, but rather a competitive nature that made me want to be better than the people around me,” Law said. “After about a year or two, I grew to love and respect this sport, and I set off to see how far I could push my boundaries. I wouldn’t be anywhere near as successful if it wasn’t for the hard work and sacrifices of my support system. My parents, siblings, grandparents, aunts and uncles, teammates, competitors, and countless others have pushed me to my highest highs. I am grateful to this sport for providing me with a loving community.”

Law earned a degree in Economics from Ohio State in 2019.