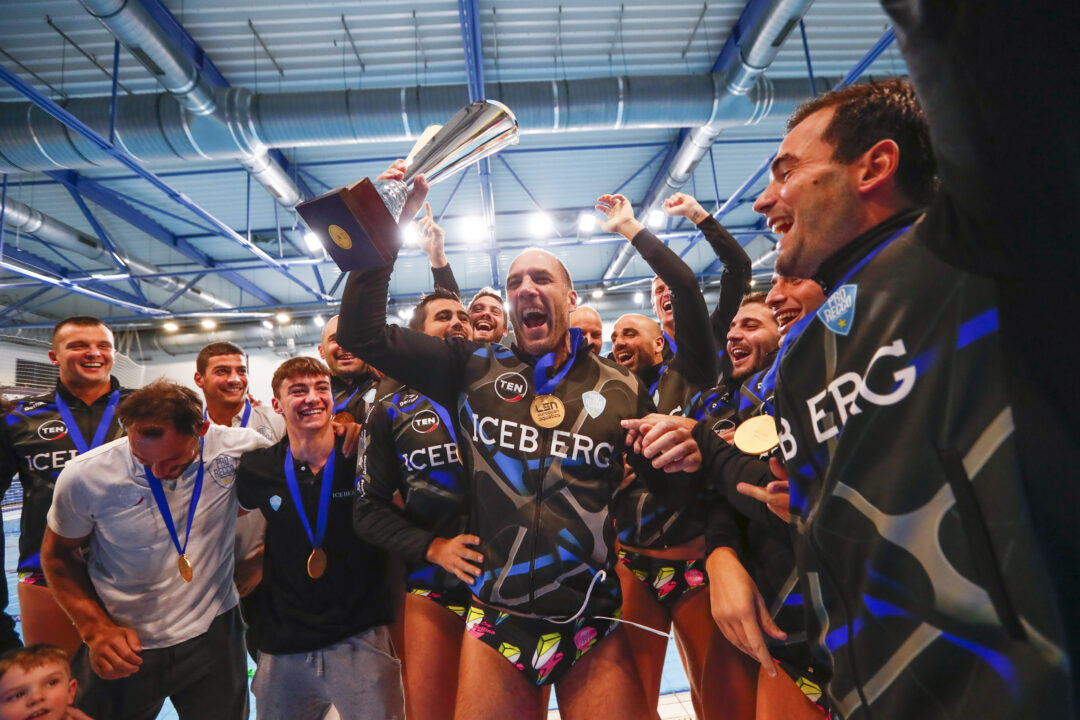 Recco didn’t leave any room for doubt and after a perfect 5-0 storm in the third period the Italian side claimed a record-breaking 8th Super Cup title. Archive photo via Deepbluemedia / A. Kovacs

Recco didn’t leave any room for doubt and after a perfect 5-0 storm in the third period the Italian side claimed a record-breaking 8th Super Cup title. While downing Sabadell in Spain, Recco set another record: never before the winning side scored 16 goals in a single game in the history of the finals.

It was clear before the match that Sabadell needed to come up with an almost perfect game to have any chance against the 10-time Champions League winner Italian giant. Missing three man-ups in a row early in the first period wasn’t signalling that something similar was coming – and soon Recco started rolling, scored three goals in in 2:13 minutes for a 3-0 lead, so the home side faced a mount to climb.

Bernat Sanahuja pulled one back still in the first period, but soon Recco jumped to a 6-2 lead in the second, and the favourites seemed to be very much in control. Still, the Spaniards had a better spell and with another distant blast from Sanahuja they came back to 7-5 with 6 seconds remaining before the middle break.

However promising was the last minutes of the second quarter, Recco returned to the field even more determined, and they staged a ruthless sweep in the following eight minutes. Either on equal strength or in man-up, they were overwhelming, netted seven goals, only two were disallowed for 2m violation, while shutting out their rivals.

This 5-0 storm did enough damage, after 12-5 there was no way back for the Euro Cup winners and with 2:06 to go Francesco di Fulvio bagged his fourth which was Recco’s 15th goal, tying the single game scoring record for Super Cup finals (achieved by Recco last season and fellow Spanish side Calalunya in 1992).

However, Recco didn’t go after the record at all costs, it was telling, that even 1:30 minutes from time, while being eight goals up, the Italians didn’t take any risk and just threw the ball to the corner when the shotclock was ticking down and no clear shooting opportunity emerged.

Still, 22 seconds from time, they managed to score the record-breaking 16th goal, by Giacomo Cannella – something business as usual for Europe’s best side as they also hold the record for the most Champions League trophies, 10, and just improved their Super Cup record to 8 by retaining their title.

Winning back-to-back Super Cups is also a rare feat, only three teams achieved it so far: first Spandau (GER) in 1986-87, then Recco in 2007-08 and lately Ferencvaros in 2018-19. Now Recco did it for the second time – also a record, not surprisingly.