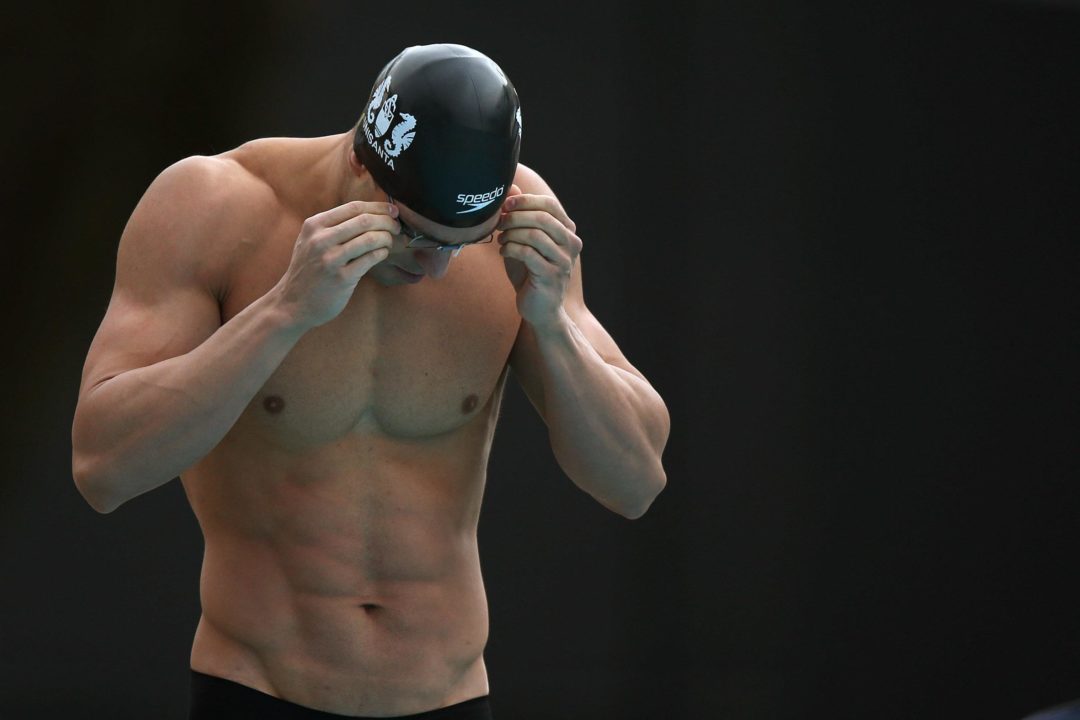 The Raia Rapida meet, Brazil’s quad-country, all-sprint blowout, is under two weeks away on September 28th, and details are being finalized.

This was supposed to be the grand re-emergence of the refurbished Julio Delamare Aquatic Park, spared from Olympic demolition, but that reopening has been delayed due to some issue with tiling.

So, Alex Pussieldi reports that the Botafogo Water Park in Rio (still in Rio) has been named the new host for this made-for-tv event, which is to be aired on TV Globo.

TV Globo has also announced the final roster, the Brazilians, after working through some last-minute decisions on their lineup. Daniel Orzechowski will swim the backstroke legs, Joao Gomes Junior will swim the breaststroke legs, Nicholas Santos will swim the fly leg, and the big surprise will be Alan Vitoria on the anchor leg.

As for Vitoria, the Brazilians are fortunate to have a glut of sprinters. He’s their 4th-best 50 freestyler in long course with a 22.21 from the Maria Lenk Trophy earlier this year.

The meet will see two separate types of competitions. One will be individual, where swimmers will swim a 50 of their stroke, with the slowest being eliminated in round one, then repeat with three in round two, and a final round head-to-head match-up.

Then all four teams will swim a 200 meter medley relay.

Keeping in mind that the meet is in long course meters, the four lineups are as below: