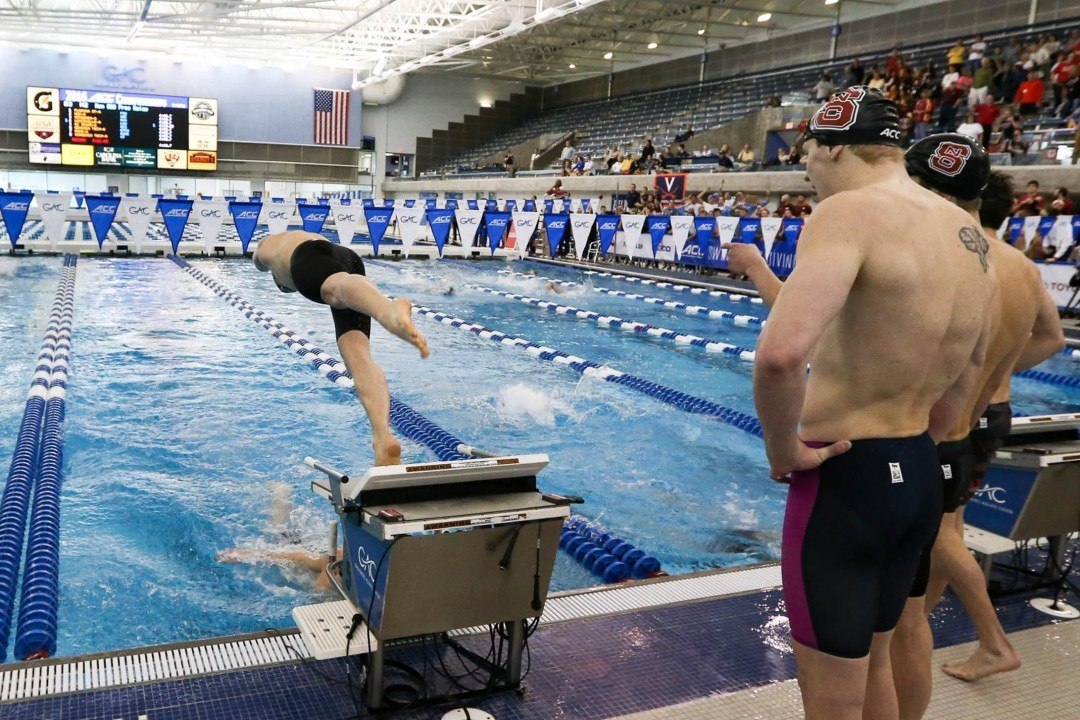 Out of lane 2, the men from NC State got it done in the 200 medley relay at last night's opening session of the 2016 ACC Championships. Current photo via Tim Binning/TheSwimPictures.com

Kicking things off in fast fashion was the NC State Wolfpack tearing up the pool in the men’s 200 medley relay at last night’s ACC Championships.

Firing out of lane 2, the foursome of Hennessey Stuart, Derek Hren, Simonas Bilis and Ryan Held crushed the meet and conference record, touching in 1:23.19 to win the event for the 3rd straight year.

As originally reported by Braden Keith:

The 18.16 anchor by Held was the highlight of the relay, as he kept dangerously close to joining Vlad Morozov as the only swimmers under 18 seconds on a 50 free relay split.

The overall relay time is the fastest in the country by half-a-second, clearing the Florida Gators, and pending further results on Wednesday evening.

Those step over the kick plate starts. Damn.

Makes me nervous on every single one. I just kept my feet real high up on ’em when I had to deal with those, never all the way behind. Yeesh.

so these guys are pretty fast

Long time no see! They may take down your team Texas come end of year.