Q&A with Courtney Weaver on Retirement 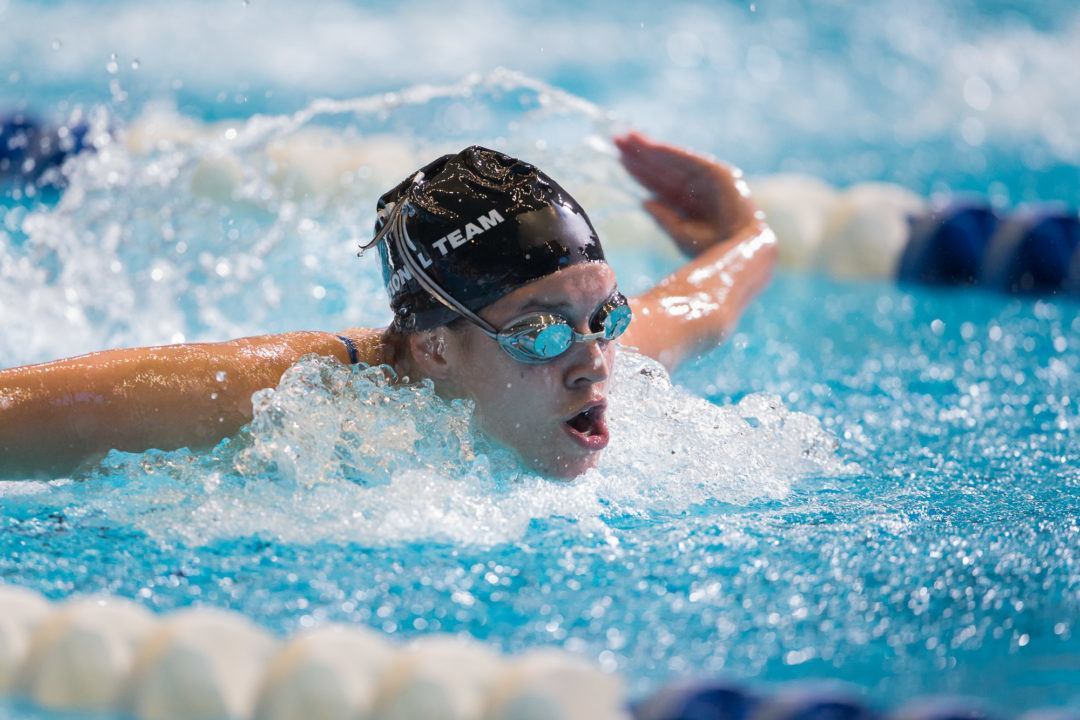 “I think the main thing I would want to say is that just because anxiety has chosen you to attack, doesn't mean that there is anything wrong with you. And it doesn't mean that you aren't in control of your life."

When I read these facts, I took a double take. As a 19-year-old college athlete who has been struggling with anxiety for five years now, this was so refreshing. Someone else feels that way too. Sometimes, it would feel like I was the only one who struggled with this. I decided to try to reach out her to ask a few more questions- not only to benefit myself, but to benefit struggling swimmers all over the globe.

“I think the main thing I would want to say is that just because anxiety has chosen you to attack, doesn’t mean that there is anything wrong with you. And it doesn’t mean that you aren’t in control of your life. Choosing to retire from swimming was the hardest decision of my life but it was well needed and is a great example of not letting anxiety control you,” Weaver said.

Q: What aspects of the sport of swimming do you think can make it so stressful for its athletes?

A: “I think what makes it so stressful for an athlete in general is the feeling of having to perform and please everyone, including yourself. With swimming I think it’s magnified because our sport is based on one single thing, a time. We focus only on a time and it can make or break how we feel about ourselves.”

Q: What advice would you give to a young swimmer who struggles with anxiety?

A: “ If a young swimmer came to me for advice because they were struggling with anxiety the first thing I would say would be that swimming never EVER defines someone. The most important thing is to be a great teammate, person, and friend.”

Q: Have you ever experienced anxiety outside of the pool prior to your recent experiences with it in swimming?

A: “Looking back I could see some stints with anxiety growing up but it was never fully there until recently. But I had never really experienced it outside of swimming until the anxiety started to get worse in the pool.”

Q: What methods have you tried to suppress your anxiety? What works for you and what doesn’t?

A: “I would just try to alter my thinking in order to stop the snowball effect, which basically means when every little thing starts to add up to one big that encompasses my mind and my body. I would try to rationalize situations I was in. I was able to do that but it was hard for me to believe it. I don’t think I’ve found that one thing that works for me, and I might never, but that’s okay. I still struggle with anxiety out of the pool now but I just try to rationalize the situation and I prefer to be alone during those times. Sometimes being with close friends helps me, and other times I want to be locked up in my room for a few hours. Everyone is going to find something different that will work for them. Nothing might ever feel like it fully works, but if it can get you to the next day, then it’s helping a little bit.”

Does she still go over & hang at the pool with her teammates at Georgia or has she totally removed herself from the whole swim team aspect?

I would like to see a world in which participants and fans alike have a little more perspective about the meaning of sport in our lives. The primary purpose of sport ought to be recreation. This should be the end, this should be the intent. If in the process of recreating in their chosen sport a young person finds that they are talented enough for someone to pay them to play, then sure, why not. But for this to be an end in itself, misses the primary purpose of sport. These are recreational activities, activities whereby we re-create ourselves – growing mentally, physically, and spiritually. When sport ceases to be a vehicle for re-creation, it’s time to get out. I… Read more »

This is true, when I was a kid my father wanted me to be a much faster swimmer than I was. I do it for exercise now.