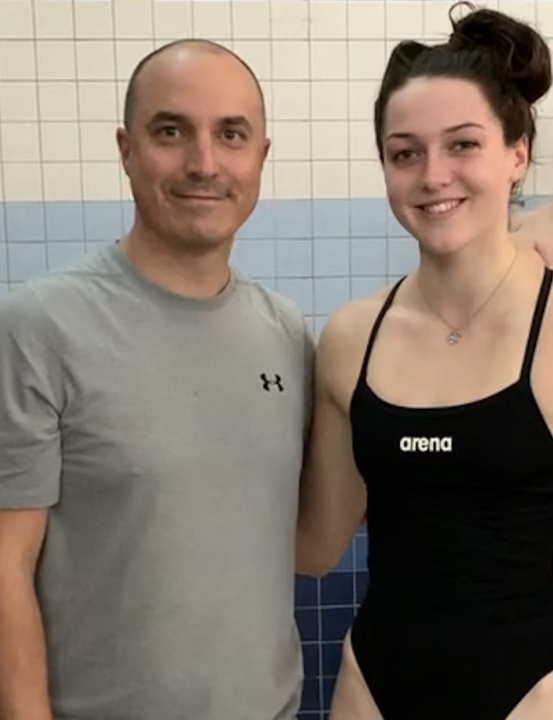 British youngsters Nicholas Pyle and Sophie Yendell are changing things up training home-wise as they continue to grow in their aquatic careers. Current photo via Jamie Main

On his move, Pyle tells SwimSwam, “it came about after some discussions with my old coach and British swimming and having some issues with injury last season. I decided I needed to be in a place with better access to better facilities.

“I picked Stirling personally because I like the area and like the type of program they have as well as that I got to know my new coach Steven [Tigg] in Japan and South Korea last summer. After talks with him decided it was best up in Stirling for me.”

As for 17-year-old Yendell, she has recently left her training home of City of Derby to continue her swimming career at Derventio Excel under coach Jamie Main. Among other budding talents, Derventio Excel is the base for teen freestyle ace Jacob Whittle, the fastest 14-year-old 100m freestyler ever.

Yendell tells SwimSwam, “I’ve settled in very well at DX. Being one of three junior internationals in the elite squad and being on regional teams with a few of the guys has made the move easy.

“I loved my time at City of Derby. Jamie and Mandy [Bell] get on well, which has made the whole process very amicable.”

On Yendell joining his ever-improving squad, Main says, “Sophie’s a hard worker, wants to learn and has a great sense of humor. Being on the British junior team with Mia [Slevin], Jacob and myself has made her transition very smooth. Big credit to Mandy at CoD for the way she managed the move.”

Yendell’s bread-and-butter event in 2019 was the 50m fly, where she broke through with a bronze medal in the senior final of the race at this year’s British Championships. She entered those championships with a lifetime best of 26.90 from 2017, but cranked out a then-PB of 26.86.

Flash forward to the European Junior Championships and Yendell made it to the final where she finished 5th in a time of 27.16.