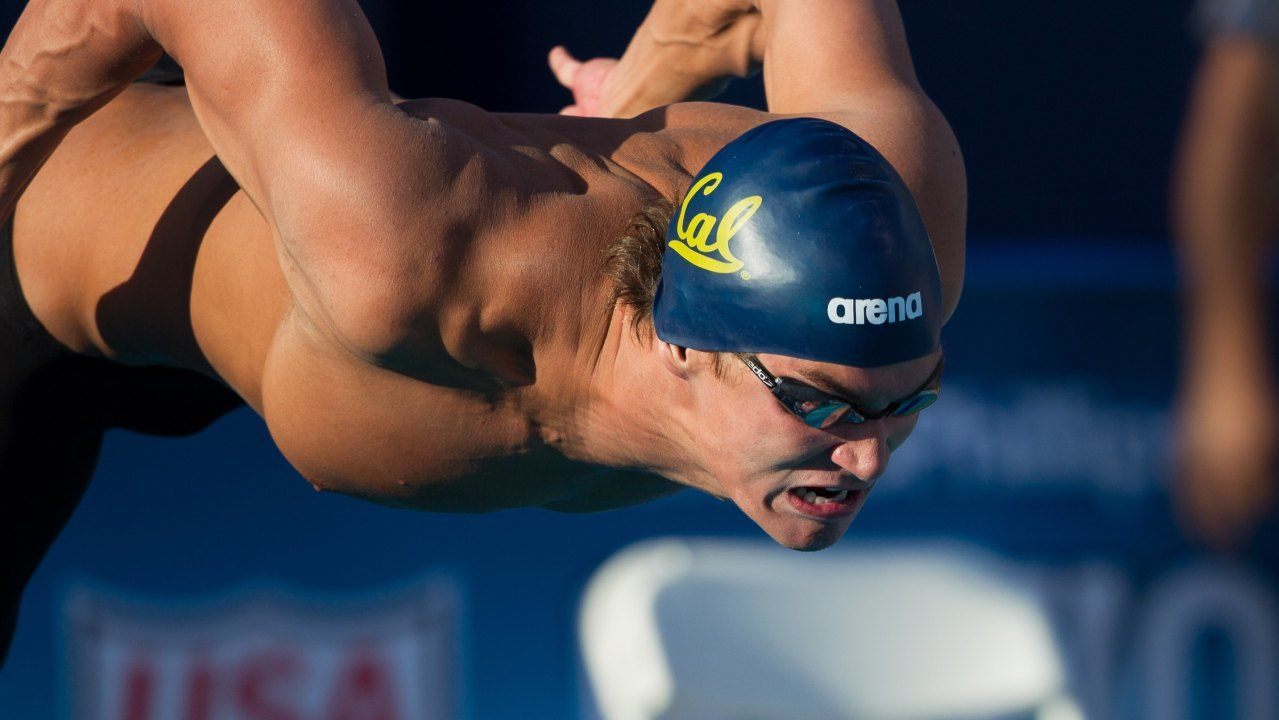 Nathan Adrian is entered to swim the 200 free at the 2014 Minneapolis Grand Prix: an event he hasn't raced officially since 2010. Archive photo via Tim Binning/TheSwimPictures.com

The first round of psych sheets for the 2014 Minneapolis Grand Prix has been released, and while not a full load like we’ll see as the 2015 World Championships get closer and after the college season has ended, there’s still a good quality of swimmers at this meet.

That’s the second time we’ve seen this event pop up on his schedule; he’s also swimming the 200 free at the OKC Pro-Am in December. While it makes sense for him to have a third race to swim, even though for years he’s been strictly a 50-and-100 freestyler, there seems to be a different tact taking this year in having that extra race be the 200 free. He’s the 9th-seed in that race in Minneapolis with a 1:35.47 (a time he actually did at the 2010 Pac 10 Championships), but has been as fast as 1:32.98 in a rubber suit in 2009.

On the women’s side, Maya DiRado, Melanie Margalis, Caitlin Leverenz, Elizabeth Beisel, Katie Hoff, and Karlee Bispo are all entered in the meet, which should make for electric races in the 200 and 400 yard IM’s.

Without forgetting the hosts, the Minnesota Golden Gophers, last season, undergrad Kierra Smith was the first swimmer in the country to swim an NCAA Automatic Qualifying Time, and she did so at this meet in the 200 breaststroke. As she looks to defend her Big Ten title in that event, she’ll have plenty of competition here. In addition to the aforementioned Margalis and Leverens, also present will be Laura Sogar, Haley Spencer, Emily McClellan, Hilda Luthersdottir, and Indiana’s Bronwyn Pasloski.

It’s gonna be interesting to see what Adrian does in the 200 Free.

Always like the updates on swimming – keep ’em coming!

1:53. Out fast and then the Steinway piano on back for last 100. Ah, sprinters in November.

^you know the meet is yards, right?

Did Conor Dwyer leave NBAC as well? I’ve seen pictures of him training at USC but haven’t heard anything official…

He has been training at USC and went off with the group for altitude training in Arizona. I don’t know if a diversion to be a training guest or not.