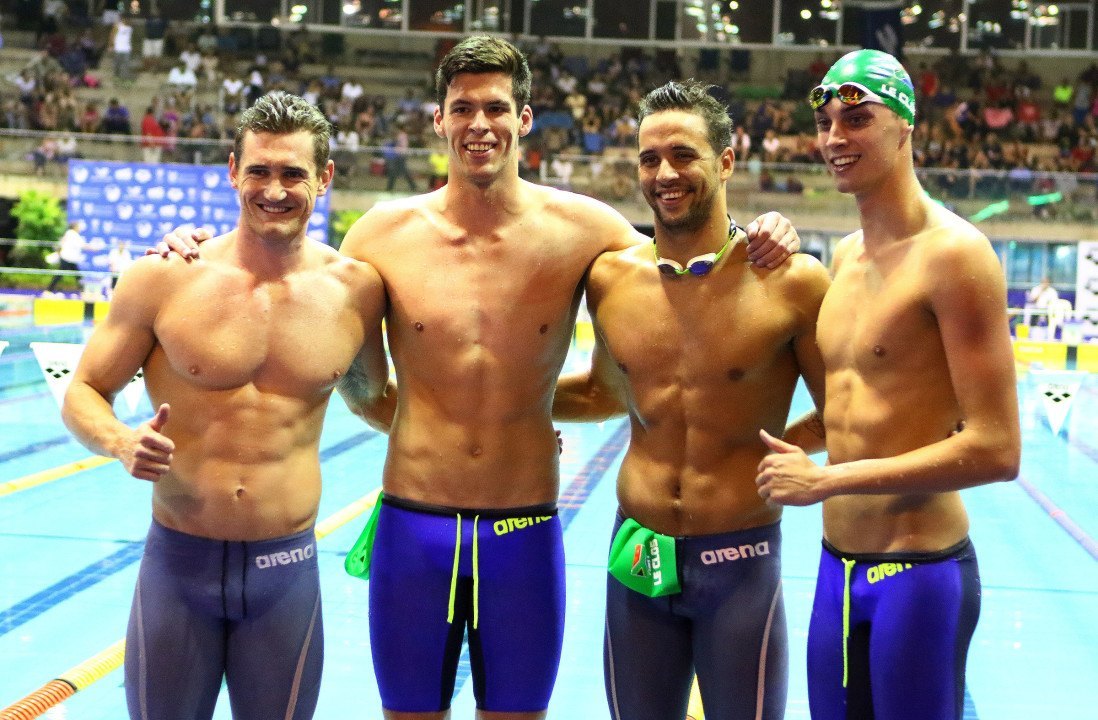 The South African National Lotteries Commission (NLC) is proposing two major regulations that may have far reaching impact throughout all of the nation’s Olympic sports, including swimming. Archive photo via via Anesh Debiky

The South African National Lotteries Commission (NLC) is proposing two major regulations that may have far reaching impact throughout all of the nation’s Olympic sports, including swimming. In historically sport-cash-strapped South Africa, its Sports Confederation and Olympic Committee (SASCOC) receives most of its funding from the Lotteries, so any change to the former’s policies has a direct impact on sporting federations, as well as individual athletes.

In the new cost-cutting rules suggested by the NLC, not only would a ‘cooling-off’ period be instituted to prevent organizations from a re-applying for funds a year after a successful application, but the SASCOC itself would be downgraded to the status of a ‘national federation.’ This not only means that its funding could be reduced from R100m (7.5 million USD) to R5m (less than 500,000 USD), but that athletes who individually rely on specific SASCOC could also be hurt financially down the line.

Both Olympic medalists Chad Le Clos and Cameron van der Burgh, just as two examples, partially rely on the SASCOC’s Operation Excellence funding, which could possibly be at risk if the NLC gets its way. Together just these athletes alone have received R3m (227,000 USD) since 2009. (Business Live)

SASCOC President Gideon Sam said he is already in talks with commission regarding his budgetary concerns, stating “We agreed it would not be in the interests of South African sport‚ let alone SASCOC. I am confident [we can change their minds]‚ otherwise we don’t have sport.” (Business Live)

SASCOC CEO‚ Tubby Reddy‚ said his organization could be out of business in less than 12 months if the new regulations would indeed pass.

“We can keep our doors open until the end of the financial year‚ which is next year March. We have some resources of our own. Lotto money rolled over‚ we get a grant from the IOC [International Olympic Committee] and shares from Phumelela. There’s no point in being open. If you can’t deliver teams‚ there’s no point.” (Business Live)

Well, as a coach for 39 years in South Africa, this is truly disappointing! Trying to keep the next generation interested and motivated is difficult with no funding once you get to that level! But I am afraid it comes down to the right strategy, but to have that you need the right people involved!

I think you should talk more about their economy. It is in bad shape, so paying athletes is tough right now unless it is through the sponsors and paid in euros or dollars and not rands. The rand is practically useless. I agree that Le Clos and VDB will be ok but the others will suffer. Makes the USA and some other countries appreciate their support by their Olympic committees and sport federation…at least I hope the athletes appreciate that support.

I don’t see this hurting Le Clos and CVDB that much since they both make considerable World Cup money and endorsement earnings. But sucks for people like Tandy

Sad news considering their Tandy,Waddell, Reid, and Lovemore are the young and exciting talent SA will need in the years to come.

Hopefully SASCOC does fall. How have they benefited any of their athletes??