Portmann Tabbed as Centennial Conference Scholar-Athlete of the Year 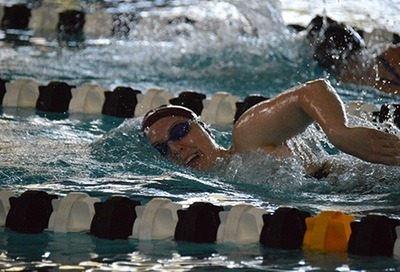 Sprint freestyle swimmer Elijah Chen has committed to swim for DIII Wheaton College (IL) beginning in fall 2020. He will join the Thunder’s class of 2024.

The Centennial Conference recognizes a Scholar-Athlete of the Year in each of its 24 championship sports to a junior or senior member of the All-Conference team with the highest cumulative grade point average. The overall Scholar-Athletes of the Year are presented to the student with the highest GPA among the 12 men and 12 women’s winners. Portmann shares the female honor with McDaniel volleyball student-athlete Taylor Baumann.

Portmann is the second Washington College student-athlete in three years to be named Overall Centennial Conference Scholar-Athlete of the Year. Former women’s lacrosse student-athlete Anna Inserra ’17 was named the inaugural female winner in 2016.