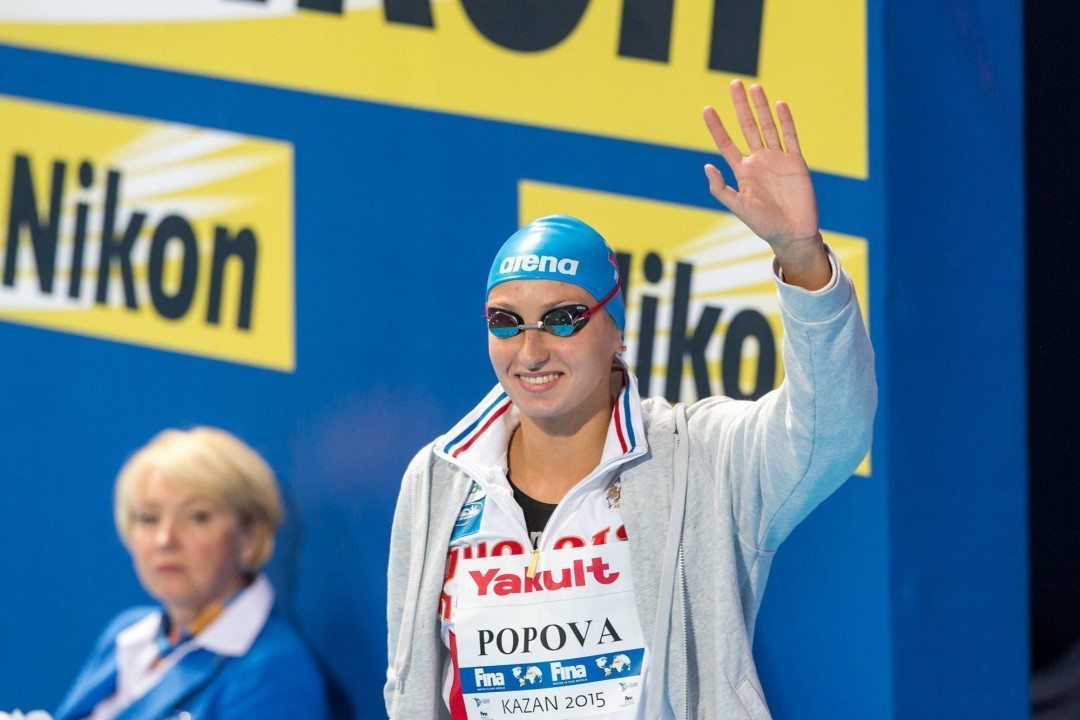 Veronika Popova crushed her Russian Federation Record for the 100 meter freestyle in the semi-final round at the 2015 Short Course European Championships. Current photo via Tim Binning/TheSwimPictures.com

Russian sprint star Veronika Popova turned in a 52.21 in the semi-final round of the 100 meter freestyle in the semi-final round of Short Course European Championships this morning.  That time was .55 faster than her preliminary swim and was enough to lower her Russian Federation Record by .24 from the standard of 52.45 she set at Short Course World Championships at Qatar in December 2014.

When comparing the splits from this semi-final to Popova’s previous record it is noticeable that she was out much faster in the first 50, with her split at 25.29 versus the 25.71 initial split from her 2014 swim.  Her second 50 was slower in comparison to 2014 (26.92 versus 26.74,) but the difference is only .18 which makes the strategy a good trade. When considering the pressure of the final heat, with a deep field of 52 second seeds all the way out to seventh place, we may see that record re-broken.

Short Course European Championship results can be followed at this link.  Please keep checking in to SwimSwam for more reports as the action unfolds.