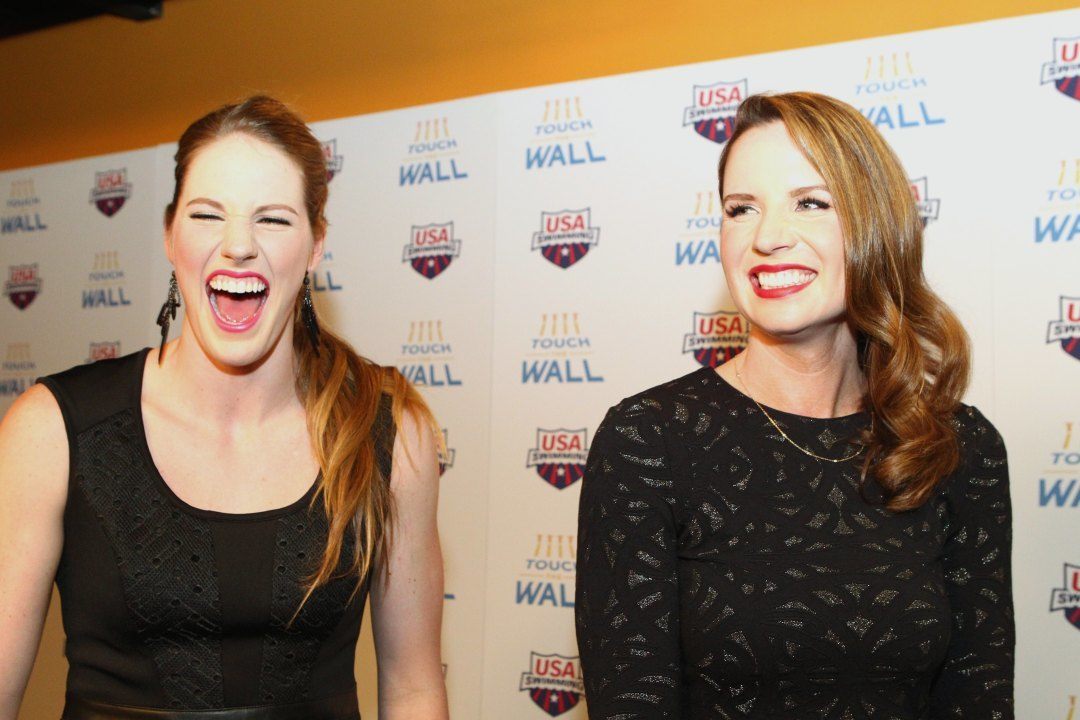 Missy Franklin (left) and Kara Lynn Joyce (right) are the two stars of the Touch the Wall documentary. Current photo via Melissa Lundie

After making its world premier at the Denver Film Festival, the “Touch the Wall” documentary made its New York City premiere on Sunday evening on the night before the 2014 Golden Goggles awards.

Melissa Lundie was there to take pictures of the people who made this documentary happen.

The directors of Touch the Wall. Courtesy: Melissa Lundie

Missy Franklin poses with her parents, Dick and DA, before the NYC premier. Courtesy: Melissa Lundie

Missy looks like a movie star.
Will there be a Los Angeles premier?

I’d prefer to see her as a swimming star right now.
Perhaps I shouldn’t, but I’m a little worried.

Bobo, being French I though you would be more worried about Missy Franklin’s tacky red shoes. Her swimming will take care of itself, but if she can’t mix and match……

Since Missy has been WAY off form in the BK over the last two years…I don’t think being worried is out of the question….

This is her last year of swimming distance freestyle in California right?

You can’t be serious. KLJ looks quite beautiful though. That’s as far as I’ll go

Saw KLJ in person in a swim clinic a few weeks ago. She is quite a natural beauty.