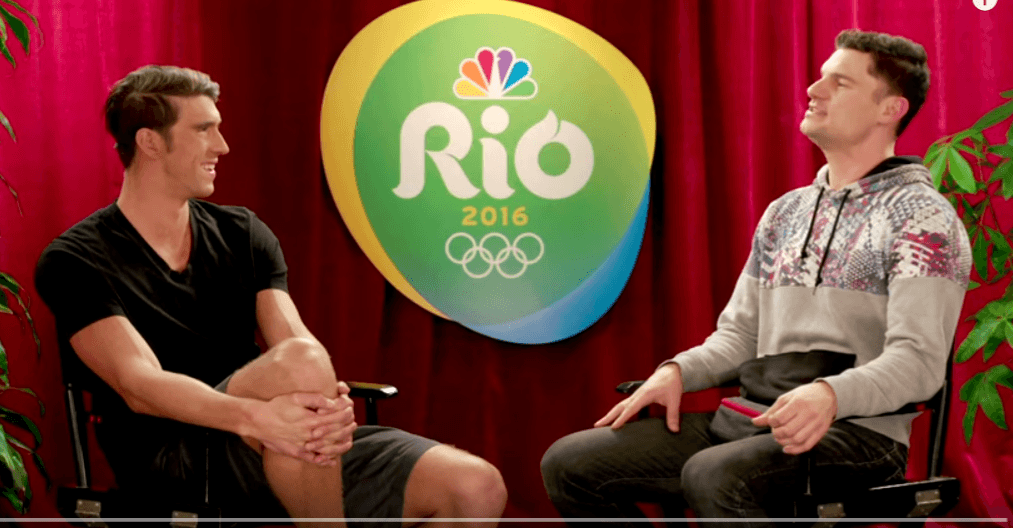 Add some pep to your day by watching your favorite swim stars mash-up with DJ Flula in a new Rio jam. Current photo via courtesy of Flula

Just when you thought the American swim stars couldn’t be more talented, several prove they have unique melodic skills out of the pool as well. A handful of U.S. Olympic swimmers take to the mic to help DJ and regular YouTuber, Flula Borg, compose a hot new Olympic jam….of sorts.

In the entertaining video, DJ Borg leads the swimmers, along with several other recognizable Olympians, in smashing together various sound bites into a cohesive, auto-tuned collage of music that somehow makes sense in the end. Michael Phelps, Katie Ledecky, Jessica Long, Conor Dwyer, Connor Jaeger and Maya DiRado are just a few of the Olympic swimming personalities whose melodic contributions make the cut and appear in the final number.

Take a listen and catch how your favorite swimmers ‘pitch in’ to this musical mishmash. Special shout-out to #JaegerBiceps for his wolf howl-esque cameo.

Splashy splashy….look out Rio some “Talent” is coming….

Watching this reminds me of two things
1. Maya is ridiculously cute
2. Connor could be in Game of Thrones Connor for Jon Connigton