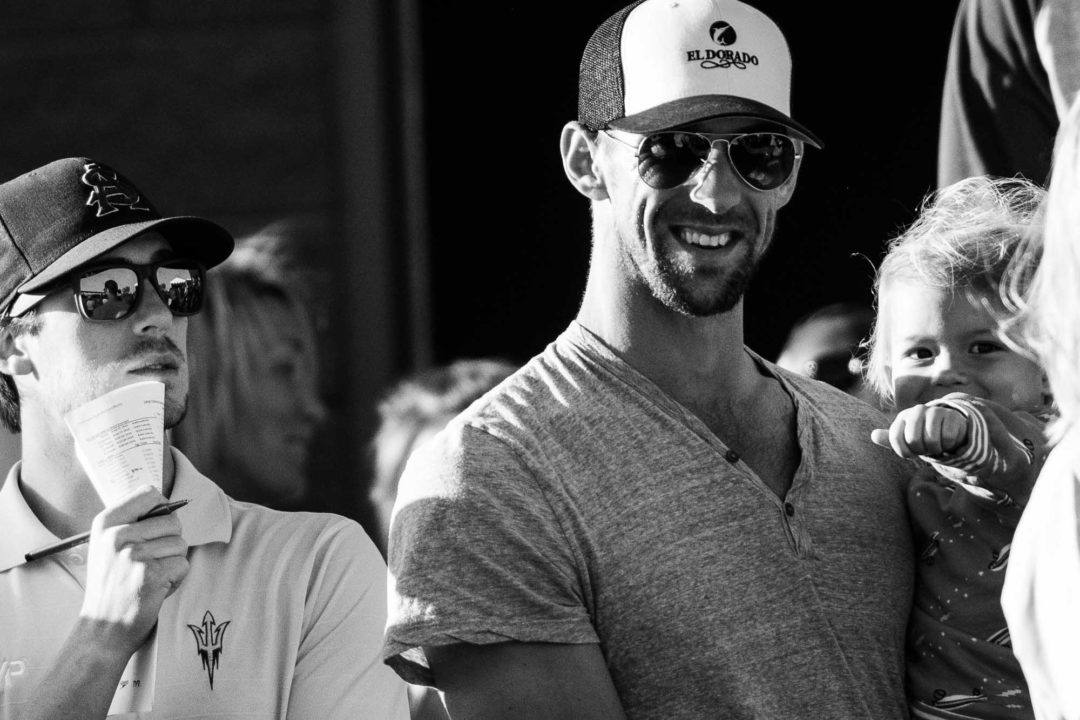 Nicole Phelps, the wife of the most-decorated Olympic swimmer in history Michael Phelps, gave birth to the couple’s third child on Monday, September 9th, the couple announced on Instagram Wednesday.

The baby’s name is Maverick Nicolas Phelps, and he joins brothers Boomer and Beckett.

We welcomed Maverick Nicolas Phelps into the world on 9/9/19 at 36 weeks and 2 days. Our lil big man was 6lb 5o and 20”. He instantly has stolen all of our hearts and keeps me an ecstatic mommy of boys 💙💙💙 I can’t wait to walk this journey surrounded by my men. #familyof5

Big brother x 2!! I’m so excited to have my new baby bro!! Welcome @mavericknphelps to the world! #luckyme #bigbrother 📸 @boonestudios

Next child HAS to be named “Goose” or “Iceman”

Best comment on the web today! Thanks for the laugh.

Nah, 4th child should be callsign Viper. The 4th is always a hellion. I know from personal experience.

Phelps’ news got BOBO back in action! 🙂

indeed – MP is his most revered Legend in swimming

one of them is gonna have to swim international then

Like Cody, they would take too many dolphin kicks on the breast leg….

nothing to do with the medley comment ….come again ?