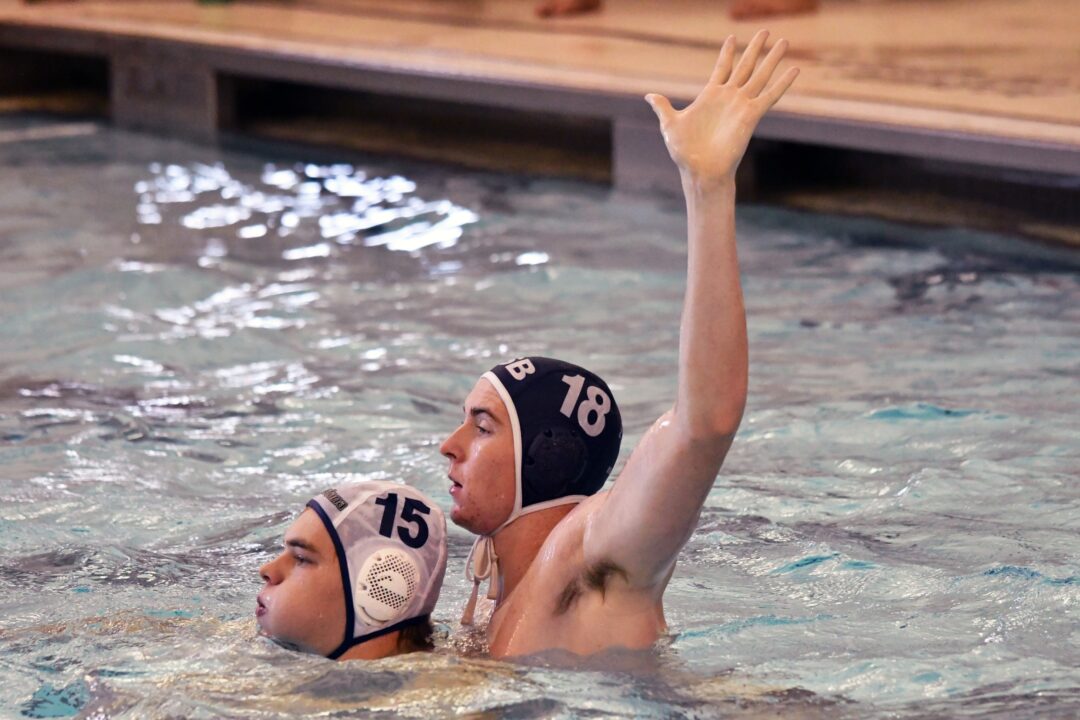 ERIE, Pa. – The Penn State Behrend men’s water polo team scored double-digit goals in a pair of matches, but fell to Augustana 15-11 and Austin 21-10 on day two of the PSB Invitational held at the Junker Center Pool.

* After a 3-all tie in the first quarter, Augustana went on an 11-1 run to take a 14-4 lead
* Eli Anderson (Encinitas, CA/San Diequito), Matt Schnelle (Loveland, OH/Milford) and Ryan Kenney (Skippack, PA/Perkiomen Valley) kept the Lions in the match with a goal apiece in the first quarter
* Behrend managed to outscore the Vikings in the fourth quarter, 6-1
* Eugene Kruger (Alpharetta, GA/Foothill) tallied two goals in the final quarter, while Ryan Carpico (Skippack, PA/Perkiomen), Anderson, Schnelle and Kenney each added a goal
* Kenney led the team with four goals total

* Behrend scored three goals in three of the four quarters
* The Lions only trailed by two goals after the first quarter at 5-3
* Anderson scored a team-best three goals, including two in the second quarter
* Liam Kozak (The Woodlands, TX/The Woodlands) and Carpico tallied two goals each
* Austin managed to score five or more goals in each quarter for the win

* The Lions return to action tomorrow against Washington & Jefferson at 11 a.m. in the Junker Center Pool.