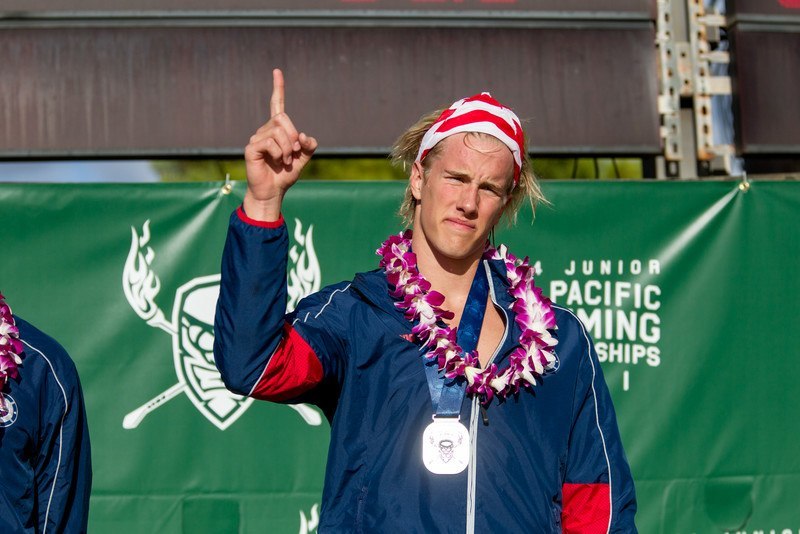 The college freshman, about to start his career at Michigan, broke the old record of 22.22 done by Caeleb Dressel in the summer of 2013.

This is technically only the second-fastest time done by a 17-18 year old member of USA Swimming, as Vlad Morozov swam a 22.13 when living in Southern California that Southern California recognizes as their record for the age group. However, USA Swimming rules dictate that one must hold an American passport (regardless of national representation) to break a National Age Group Record, and Morozov does not have an American passport.

Powers was a late-comer to full time swimming. He played high school basketball for his first few years before realizing his full potential in the pool. Since committing to swimming as his future, however, Powers has caught up in a hurry – in part through working with some fantastic coaches. That includes former staff from Gary Hall’s the Race Club, and this summer at SwimMAC Carolina and head coach David Marsh.

Dressel took a big chunk of time off at the beginning of 2014, and so he wasn’t able to match his best this summer. Dressel, though, doesn’t age up until August 16th, 2015, which means he has the opportunity to further improve his record next summer.

After Ervin and Adrian , here is the future of short sprint for Usa : Powers , Dressel , Condorelli . All just above the 22 barrier .

Rightly noticed KP ! I wanted to just mention those allready close to 22 but MA is of course a strong contender at his age .

Great performance for Powers. He looks very tall on the pictures I’ve watched. I understand why he played basketball. Good for him to train at SwimMAC this summer. We’ll see if he continues to improve while swimming in college. So many young American sprinters have stagnated in long course during their college years because they train too much in yards. And often before a revival when they have finished college. Hopefully him… Read more »

bobo – some places USA Swimming says it’s Vlad. Sometimes they don’t. It’s weird, but as you say, the rule is what the rule is.

Good point in this one BOBO !

Dressel might get on both level.. I have my doubts on Powers on the second one… Dressel seems a better swimmer overall.. while Powers seems more like a pure 50 swimmer..

Yes…Powers looks to be one of the USA’s next great sprinters in both the 50 and 100 free, long course and short course. At last years Junior short course, I think Paul made “A” finals in both the 100 back and 100 fly. So there is great potential there as well.