Paolo Barelli To Serve Another Term As President Of ITA Federation 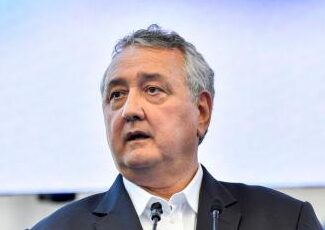 Paolo Barelli has been elected to another four-year term as President of the Italian Swimming Federation (FIN), marking his sixth term in the role. Archive photo via Deep Blue Media

Paolo Barelli has been elected to another four-year term as President of the Italian Swimming Federation (FIN), having earned 71.54% of the votes. This will be his sixth term, with Barelli remaining in the role until 2o24.

Barelli, who also serves as the Ligue Européenne de Natation’s (LEN) President, said of his remaining as Italy’s aquatic leader,“We are entrusted to continue our hard work for FIN and I’m ready to do the same in LEN in order to offer the maximum support for the aquatic family in these extraordinary times. I’m sure we can overcome all difficulties we face now in this critical period and can get back to our normal life soon, stronger than ever.”

In addition to serving as LEN President, Barelli put his hat in the ring for FINA President, taking on incumbent Julio Maglione in 2017. Barelli was vocal in his criticism of current FINA leadership, at the time stating FINA directs more care to ‘power and money’ of the organization over the ‘well-being of the athletes and national federations.’

Barelli also believed more representation from Europe is needed within FINA. “Considering the results of our athletes (50% of medals in Kazan 2015) and Olympic Games, Europe must be represented and have a much more prominent role [within FINA] and not an ever decreasing one,’ wrote Barelli in 2017.