MEET NOTES: Pack Swim and Dive Takes On UVA in 2nd dual meet of the year 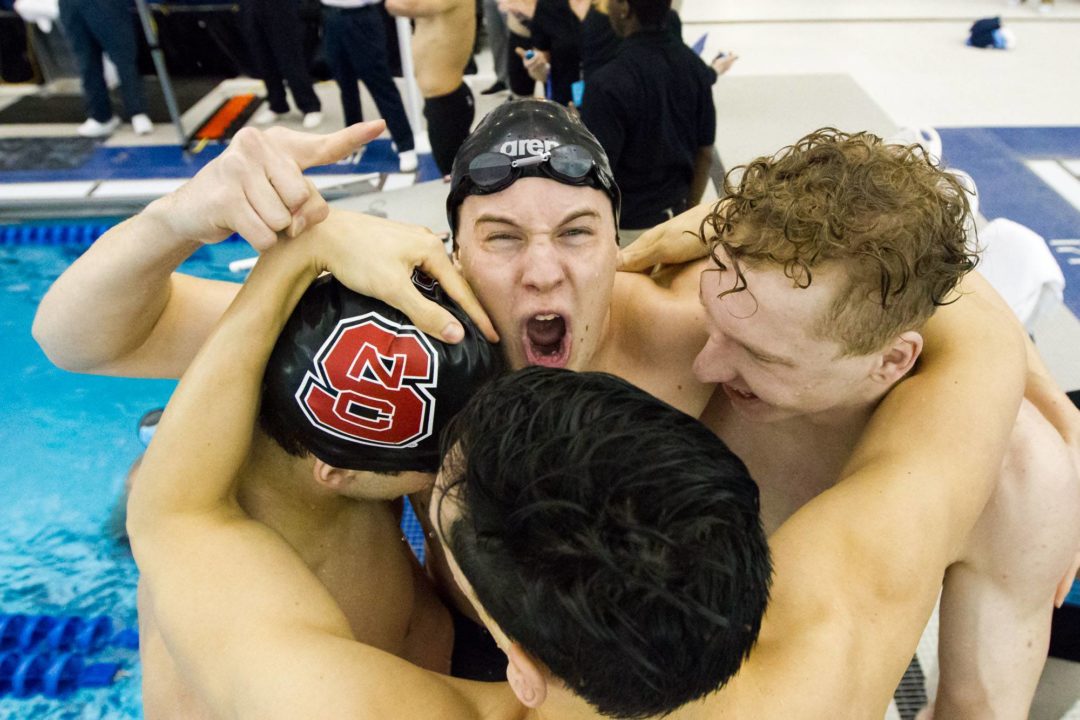 The NC State swimming and diving team is primed for its second dual meet of the year against Virginia on Saturday, Nov. 15. The meet is set for a 3 p.m. start in Charlottesville, Va., at the Aquatic and Fitness Center on campus.

The NC State swimming and diving team is primed for its second dual meet of the year against Virginia on Saturday, Nov. 15. The meet is set for a 3 p.m. start in Charlottesville, Va., at the Aquatic and Fitness Center on campus.

Braden Holloway:  “It was nice to travel to Atlanta a few weeks ago and compete in the facility where our conference championships will be held. I think we had some high and low points, but it set us up well at the end of a first segment of the schedule. I don’t know how much it will relay into the next meet because it has almost been three weeks since we competed. We have gone through another training phase so I think this meet on Saturday against Virginia will stand alone as the next segment for us because we will go into an invitational the very next weekend.

“Overall, it was a good turnout for us to come back with some wins against some quality teams. Many of the programs we will face are in the top 25, and Florida Sate and Georgia Tech are both in there. It was a good test for us to go in there and go against some well-coached teams, but I think Virginia will be a little different though because it has been a while since we’ve raced.”- Braden Holloway, head coach