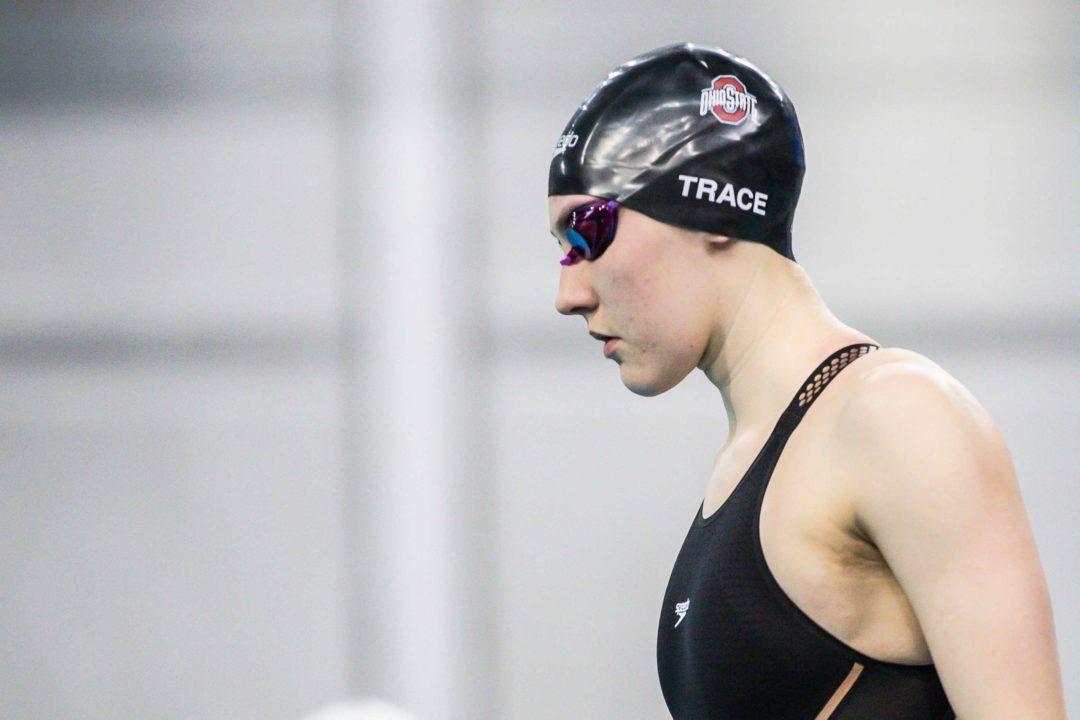 Trace swam on the Big Ten champion 400 medley relay team that set a school record and she was the Big Ten runner-up in the 400 individual medley. Archive photo via Jack Spitser/Spitser Photography

Seelig played an instrumental role in the men’s tennis team’s continued dominance of the Big Ten. The Buckeyes won the Big Ten East Division title and made a run to the finals of the Big Ten Tournament. In the NCAA Tournament, OSU found itself on the road for the first time since 2005, playing at No. 10 Wake Forest. In the second-round match vs. the Demon Deacons, Seelig provided the clinching point with a straight-set victory. He finished the season 19-9 in singles play with three wins over ranked opponents and was also 6-6 in doubles matches.

For his career, Seelig was a three-time first team All-Big Ten honoree and finished 127 singles victories and 46 doubles wins. Off the court, he graduated last May with a degree in child and youth studies along with a minor in human development and family science. This year, he completed his graduate certificate in public management and through all of that, he was a three-time Big Ten Distinguished Scholar and a five-time OSU Scholar-Athlete.

Congrats to Katie! Amazing swimmer plus a sweet and humble person.