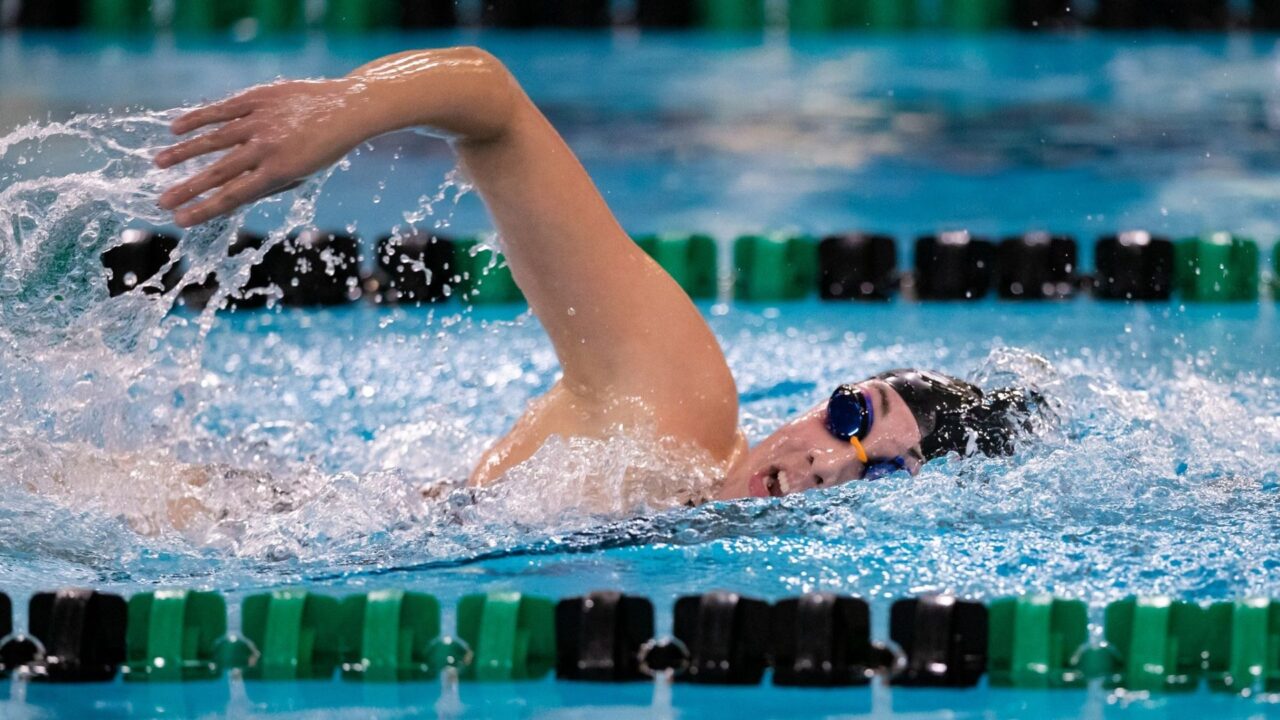 Omaha won the women's title over St. Cloud State, while the Huskies won the men's crown over the Mavericks. Current photo via A.J. Oshie

ROCHESTER, Minn. – Omaha swimming & diving wrapped up the Rochester Invite Sunday with another 38 combined top-10 finishes. The Maverick women came out on top, while the men finished second overall.

“It was great to see our swimmers compete from start to finish” said interim head coach Jessica Hessel. “We were pretty tired tonight and still showed up with guts and some impressive times at the end of session six. We are going home with two new school records and countless personal bests. Now, we are starting a new block of training to sharpen up our races and swim even faster at conference.  I appreciate Bryce and Eric putting in the work to support our team and set them up for success.”

The Omaha women’s team collected 21 top-10 finishes. Sunday’s finals got started with a first and third place finish by Olivia Theil and Gracie Streblow in the 200-back. Theil earned first with a time of 2:06.99, while Streblow got third with a time of 2:08.19.

The Mavericks then claimed the top spot in the final two events. Carina Monroe took home gold in the 1650-free with a time of 17:33.38. She was five seconds ahead of the second-place finisher.

Following the 1650-free event, a team of Hagemann, Easley, Olivia Dendinger, and Rachel Shelstad placed first in the 400 free relay with a time of 3:30.15.

The men’s swimming team took home another 17 top-10 finishes, and the events got started off with a school record by Mason Schroeder in the 200-back. He swam a time of 1:47.64 for first place.

In the 200-fly, the Mavericks found their lone first-place finish of the night. Caden Murphy swam a time of 1:52.48 for the top spot.

Omaha will return to action next weekend. For the first time this year, the Mavericks will be in their home pool. They host Midland and Nebraska Wesleyan on Dec. 10 at 2 p.m.

UP NEXT
Next, the Huskies will travel to Brookings, SD to face South Dakota State on Saturday, Jan. 14.

For all the latest on St. Cloud State Swim and Dive, stay tuned to SCSUHuskies.com and follow the team on Twitter,