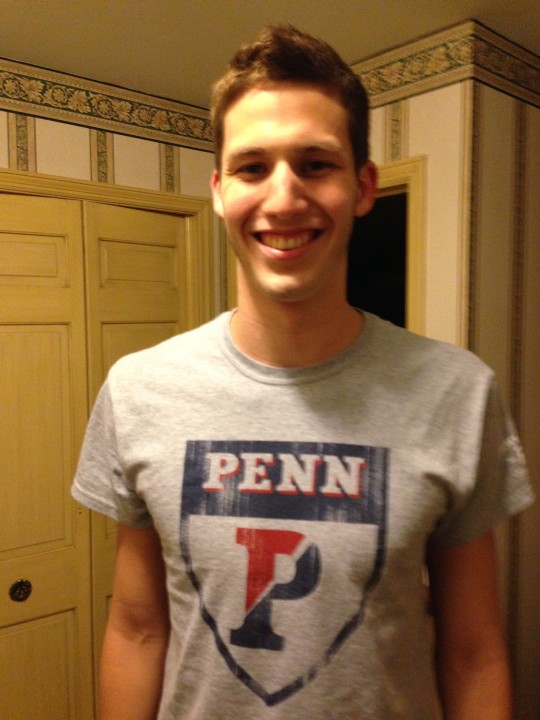 Greater Miami Valley YMCA's Mark Andrew will join the University of Pennsylvania Quakers in the fall.

Mark Andrew, a senior at Middletown High School in Middletown, Ohio, has committed to swim for the Penn Quakers beginning in 2015-16. Andrew is the reigning YMCA National Short Course champion in the 400y IM, and was a top-eight finalist in the 100/1000 free and 200 back, swimming for Greater Miami Valley YMCA.

Andrew will be enrolled in the College of Engineering at Penn, and told SwimSwam, “I chose Penn for the combination of top level academics and swimming.”

Although Andrew fits nicely into the distance freestyle profile for which Penn is becoming known, even more valuable will be his prowess in IM events. His 3:47 in the 400 would have placed him squarely in the top-eight at 2015 Ivy League Championships in an event that saw only two Quakers score. Likewise his 200 IM would have been right at the A/B final bubble. His 200 back is closer to the B/C bubble, but this is another event in which the Quakers had a paltry showing in finals. Andrew could add much-needed points in some of Penn’s less dominant events. Conversely, he could add to Penn’s already strong lineup in distance free and try to crowd competitors out of the top eight in the 500/1000 freestyles.

The University of Pennsylvania class of 2019 is turning out to be one of the stronger recruiting classes in the Ivy League. In addition to Andrew, it also includes:

2019 looks like a fantastic recruiting class for Penn..! Ryan, McHugh, Marcin, Dillinger, and Andrew all appear to be great swimmers with great potential – these young men will bring a lot depth to the Penn team for the next 4 years. Congrats to Coach Schnur and his coaches for recruiting such a great class of student athletes!

Nice going in the recruiting. Give the H-Y-P a run.

He committed in November

Why are they aloud to commit so late in the year?