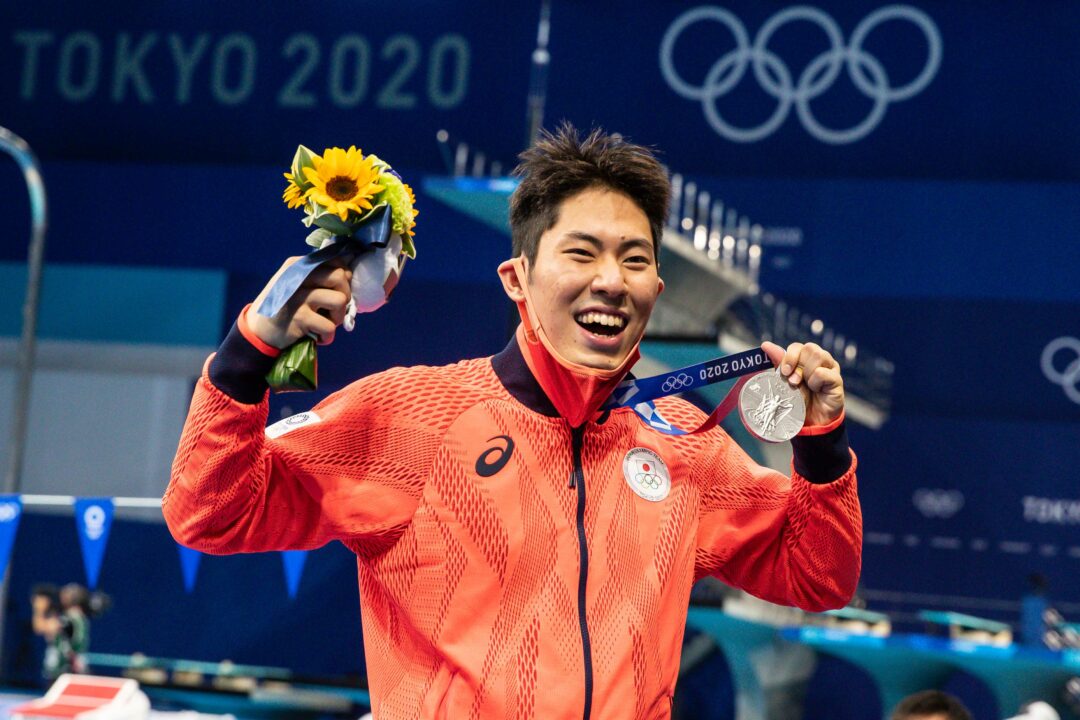 Tomoru Honda and teammate Daiki Tanaka each posted a 200m fly time that would have finished among the top 4 at the 2020 Olympic Games. Archive photo via Jack Spitser/Spitser Photography

The 97th Japan Student Swimming Championships rolled on from Tokyo today, with multiple Olympic swimmers back in the water representing their universities. Among them was 200m fly silver medalist from this summer’s home-based Games, Tomoru Honda.

The Nihon University student-athlete started out strongly in the morning, pumping out a LCM 200 fly heats swim of 1:55.43. That led this domestic field by well over a second and that time by itself would have placed 7th in the 2020 Olympic final.

However, come this evening’s main event, Honda fired off an opening split of 54.27 and closed in 1:00.18 to hit a big-time result of 1:54.45. That outing would have tied Italy’s Federico Burdisso for Olympic bronze, behind Honda’s own 1:53.73 which garnered him the silver.

Nearly equally impressive in tonight’s final, however, was runner-up Daiki Tanaka, who touched just .01 behind Honda. Tanaka was just a hair quicker on the way out, touching in 54.25 at the halfway mark before ultimately getting to the wall in 1:54.55.

For Tanaka, the man had never before been under 1:55, owning a personal best of 1:55.53 from this same meet 2 years ago. However, with tonight’s result, he now rockets up the list of all-time Japanese performers to land in slot #6.

Also making waves were the top two finishers in the women’s 400m free event, as Waka Kobori and Miyu Namba tied for gold in matching marks of 4:07.96.

Although both women were off their bests of 4:05.57 and 4:06.36, respectively, both Kobori and Namba soared to the wall in a new meet record mark, with their identical times overtaking the previous meet standard of 4:08.59.

Additional winners tonight included Yukino Miyasaka reaping gold in the women’s 100m breast in 1:06.73 while Olympian Shoma Sato got it done for the men’s edition in 59.58.

Leukemia survivor and two-time Olympian Rikako Ikee followed up her 50m free victory from last night with a team victory in the women’s 400m free relay.

I’m just here so I won’t get fined.