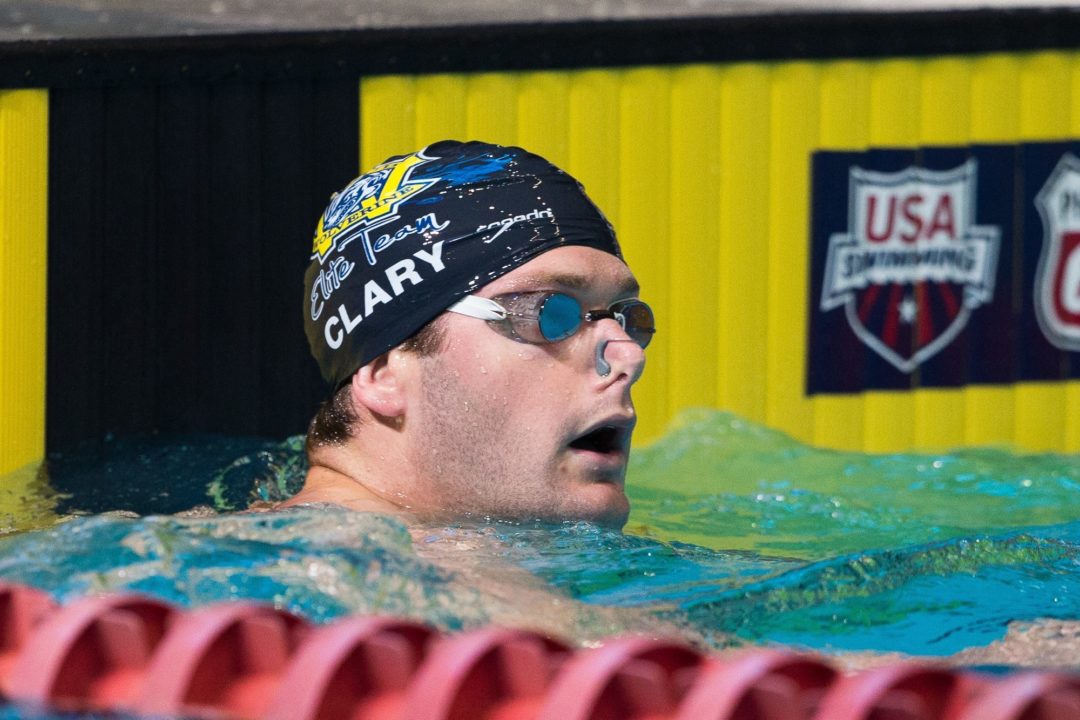 Tyler Clary will head to South Bend to conduct a clinic for cancer research in early September. (Photo: Tim Binning/TheSwimPictures.com)

There are lots of rivalries in sports, and some are bigger than others. Florida has a rivalry with Florida State, but their rivalry with Georgia is bigger. Texas and Texas Tech have a rivalry, but it’s nowhere near as significant as Texas-Oklahoma.

And for Tyler Clary, the Michigan – Notre Dame rivalry can’t hold a candle to the Notre Dame – Cancer rivalry.

The former Wolverine, and 2012 200 backstroke Olympic gold medalist, will be the featured guest at the 3rd annual Fighting Irish Swim Clinic on September 7th in South Bend, Indiana, crossing the lines of one of the oldest and most heated rivalries in the country.

The event, thought up by Notre Dame women’s head coach Brian Barnes, is run in connection with the NCAA’s huge-money ‘Coaches vs. Cancer’ events in the fall semester to raise money for cancer research.

“We’re once again really excited to host this clinic,” said Barnes. “It’s amazing to watch the swimming community come together once again for such an important cause. Having Tyler Clary commit to helping out is awesome for this benefit and we are honored to host him.”

Clary is the second Olympian to headline the event; last year, Tyler McGill was the star of the show.

“I’m honored to be a part of such a prestigious event,” said Clary. “A goal of mine since I started swimming professionally has been to inspire the youth while giving back to the sport that has allowed me to be where I am today. I’m grateful for the opportunity to collaborate with The University of Notre Dame and Coaches vs. Cancer.”

The event runs from 11:30 am until 2:30 PM, with a requested contribution of $75 per participant. Proceeds from that $75, plus any excess contributions, will go directly to the benefit of the local RiverBend Cancer Services.

Register for the clinic here.