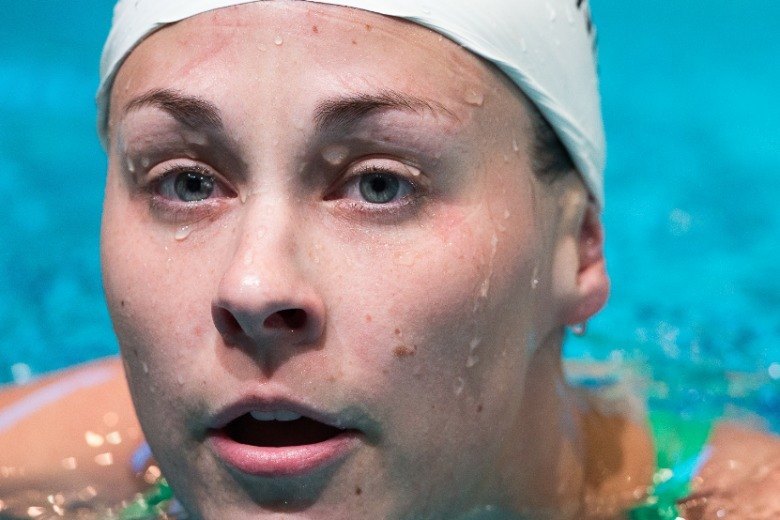 Megan Jendrick, one of the United States' most beloved Olympians, has officially retired. She won two gold medals at the 2000 Olympic Games in Sydney; in the 100 breaststroke and as a member of the women's 4x100 medley relay. At the 2008 Olympic Games in Beijing Jendrick netted a third Olympic medal, a silver. photo via Tim Binning/TheSwimPictures.com

Megan Jendrick, one of the United States’ most beloved Olympians, has officially retired. She won two gold medals at the 2000 Olympic Games in Sydney; in the 100 breaststroke and as a member of the women’s 4×100 medley relay.  At the 2008 Olympic Games in Beijing Jendrick netted a third Olympic medal, a silver.  With ten U.S. National Titles and ten US Open Titles, as well as seven Masters World Records, Jendrick will go down in history as one of the greatest breaststrokers of her generation. Below is a letter from Jendrick posted to her Swimming Clinic website on why she retired and how much she has appreciated her career as an elite swimmer.

The last 21 years of my life have been incredible. I have traveled and competed around the world, seeing places along the way that I never could have imagined visiting. I have participated and earned medals in two Olympic games, received fan mail in dozens of languages and have been able to take whatever notoriety I have earned and use it to speak toward a number of health and fitness initiatives for which I am truly passionate about. I have been able to do all of these things because of the sport of swimming and I am truly grateful for all of it. I have always been one to set goals for what I wish to achieve and after realizing that I have reached all of the goals I set for myself in the sport, I have decided to officially retire as an active athlete on the national level to pursue new goals that I have set for myself on the “dry side.”

I have seen countless ups and downs over my career but my goals and my support system have always been there to keep me going strong. To everyone around the world who has ever written a kind word to me over the last two decades I can only offer a tremendous thank you. None of you know how wonderful those letters are to receive–especially during the down times in a career–and I assure you I have read and valued every single one of them. 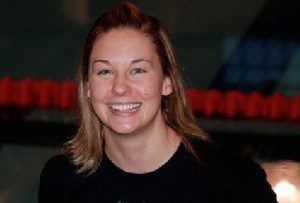 In 2004 after not making the Athens Olympic team I thought my time on the international level of swimming was over. I had simply lost my passion. But after I began coaching young swimmers and saw the pure joy they showed for swimming–not for medals or money but simply for the love of the water–I knew I had a couple more goals I wanted to go after. Most significantly, I wanted to go to one more Olympics, and I was able to achieve that in 2008. After starting a family in 2011 my husband and I thought it would be a unique experience to work together and swim for fun at the 2012 Olympic Trials and 2013 Nationals so that we could tell our son that he was there, “cheering” and watching his Mom swim. We achieved those goals, too, and had a lot of fun along the way.

Now though, my focus has shifted toward working with and, hopefully, inspiring those same types of young children who had inspired me on my return to the pool. In continuing to build ACQUA, the swimming camp and clinic company my husband and I founded almost 10 years ago, we are more excited than ever about promoting the sport of swimming, as well as health and fitness, to athletes of all ages around the globe.

My days of competing in the Olympics may be behind me, but I’ll always love the sport of swimming and you will always be able to find me on deck somewhere around the world.

My thanks again to everyone, everywhere, who has ever supported me in the process of setting and achieving my goals. I could never truly tell you how much it has meant to me.

God bless her. She seems so grateful for her life, and excited to move on to what is next. What a marvelous attitude.

I have to be honest, I’m pretty sad about this. I really wanted to see her go for 2016. She wasn’t shy about training a “whole five hours” a week leading into Nationals this year, and she had some great speed in that 50-metre breaststroke. I was really thinking that if she got back to some real training that she could become an absolute incredible story in Rio. For those of us who have watched her, in my case, since 1999, this is definitely a delightfully sad announcement to read! Good luck Megan in your future!