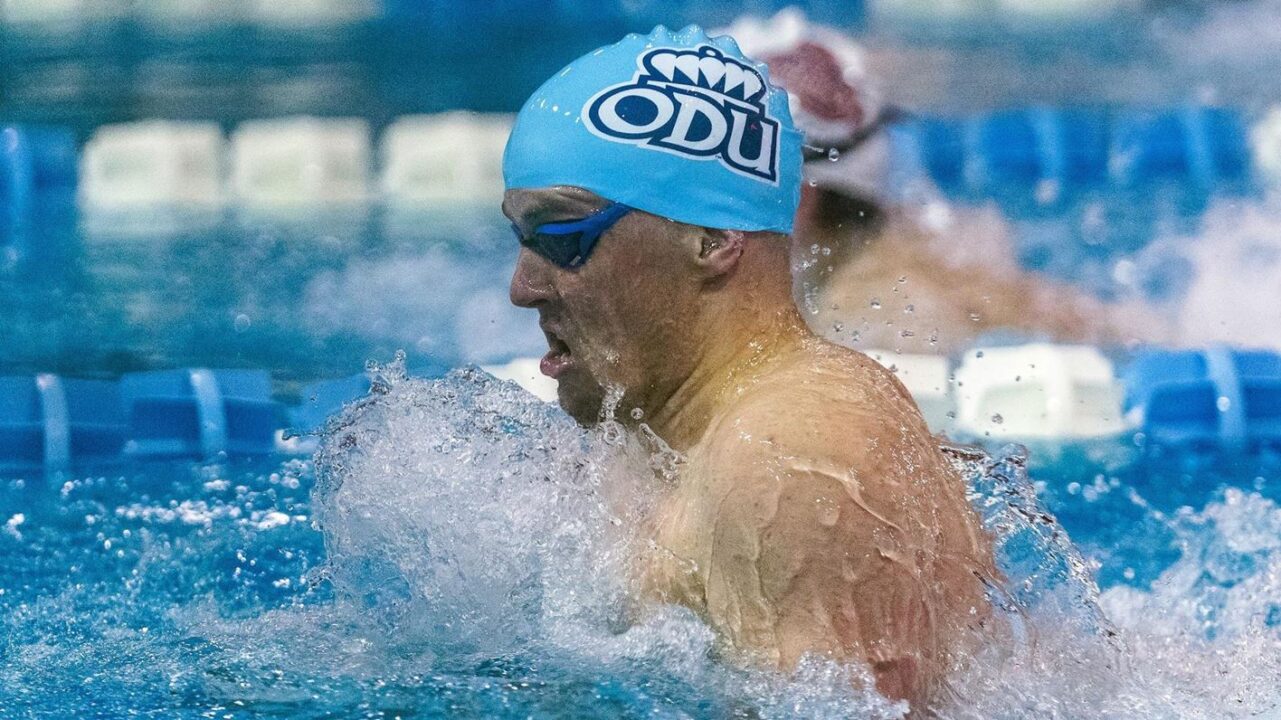 NORFOLK, Va. – The Old Dominion men’s and women’s swimming teams dominated American on Sunday afternoon at the J.C. Scrap Chandler Pool. The women’s team won by a score of 181-81, while the men won with a score of 190-72.

“Today was a great day of racing for us.  The team was very excited to be able to compete today and saw many improvements towards our goals for this season,” ODU head coach Jess Livsey said. “Together we gained a lot of momentum as a team and are looking forward to our last dual meet of the season next weekend.  It was a very special day as well as we honored our 10 seniors in their last home meet at the J.C. Scrap Chandler Pool.”

The Monarch women placed second in the 200 medley relay with a time of 1:48.46. The team of Peri Farling, Gabby Tosi, Martina Ciriesi and Tara Enneking finished just .15 out of first.

The ODU men won the opening 200 medley relay with a time of 1:34.15. Jacob Cobb, Peter Durisin, Liam Redman and Noah Wilkins swam for the Monarchs.

Peter Durisin continued ODU’s winning ways with a win in the 100 breaststroke with a time of 59.89. Hugo Eriksson came in third with a time of 1:01.57.

Summer Miln and Laila Webb finished second and third in the 50 freestyle for the Monarchs. Miln took second with a time of 24.33, while Webb swam a time of 24.75.

The final event of the day was the 200 freestyle relay, as Miln, Webb, Dunworth and Enneking won for ODU with a time of 1:37.26.

NORFOLK, Va. – Sophomore Mimi Watts continued to shine for the Eagles, winning two individual events and a relay for American in a swimming dual meet at Old Dominion on Sunday afternoon. The Monarchs do not have a diving team.