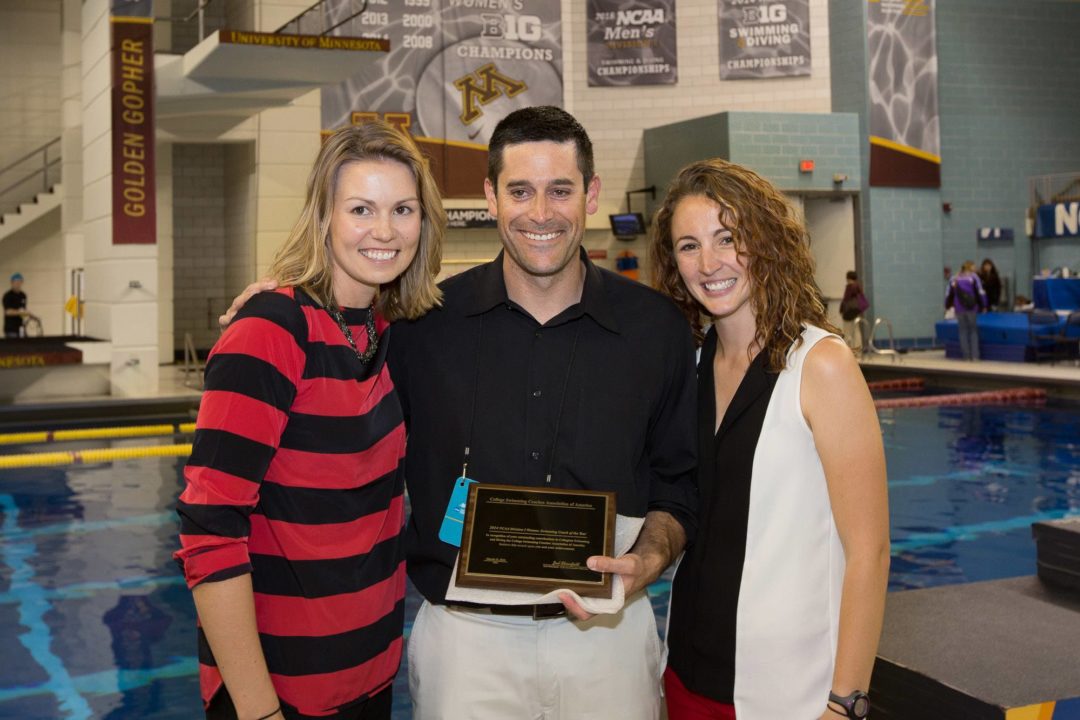 The Ohio State women’s swimming & diving team has hired Jordan Wolfrum as their new assistant coach, as she will replace the outgoing Liz Hinkleman, who is stepping away from swimming for now.

Wolfrum comes to Columbus after one season as a volunteer assistant with the Stanford women during their impressive season that saw a runner-up finish at the 2014 NCAA Championships. For their efforts last year, Stanford head coach Greg Meehan was named the CSCAA Women’s Coach of the Year.

“I am so looking forward to joining the Buckeye family,” said Wolfrum. “I have immense respect for Coach Dorenkott as a coach and as a team leader.  I am very excited join him and to bring my passion and excitement to the pool deck. I believe that together we can lead the Buckeyes to a Big Ten Championship and NCAA honors.”

Prior to Stanford, Wolfrum spent one year as the head coach and three years as an assistant coach with the College of Saint Benedict in Collegeville, Minnesota, which is a Division III all-women’s school. Her connection to Stanford came after 5 seasons working with their summer swim camp program.

Wolfrum’s three collegiate jobs have been with all-female programs.

As a competitor, she swam at St. Cloud State where she was a two time captain and helped lead her team to a North Sun conference title as a senior in Division II. Her degree is in mathematics with a minor in statistics.

“We were drawn to Jordan based on her human qualities,” said Dorenkott. “She has a professional demeanor yet connected easily with our team. And, Jordan did not blink when we shared the high expectations that go along with being a part of The Ohio State University.

“Jordan is joining our program at an important point in our evolution. Our team dynamic has never been stronger. We are poised for a big future and are looking forward to Jordan’s enthusiasm serving as a catalyst to future successes.”

As for the outgoing Hinkleman, she spent two years at Ohio State after being one of the youngest head coaches in Division I at Toledo, her alma mater. She led the Rockets to the 2012 MAC Championship and was named the MAC Coach of the Year.

Best wishes to Liz. Great coach, fantastic woman in the sport and sad to see her leaving the coaching world.

Where is Liz going?