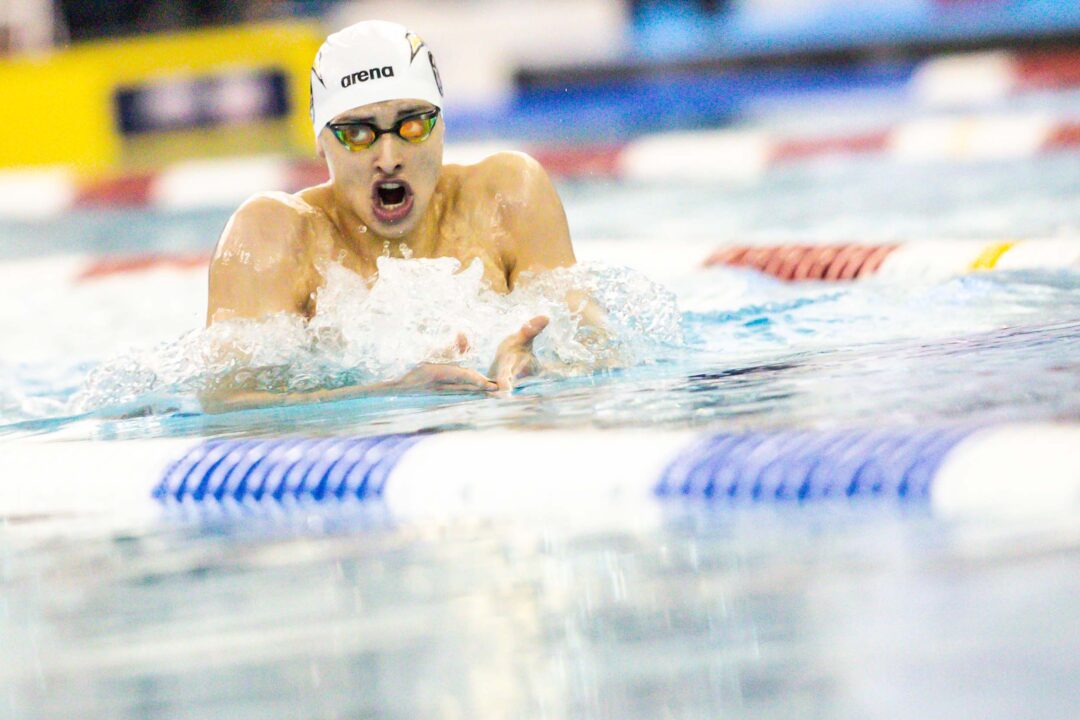 It was a massive swim for Nosack, taking 3.94 seconds off his personal best of 4:25.94, which he set this spring at the International Team Trials in April. Stock photo via Jack Spitser/Spitser Photography

Day 2 of the Mt Hood Sectionals meet featured the 100 back, 200 free, and 400 IM individually. Diego Nosack, a 17-year-old from Tualatin Hills Swim Club won the men’s 400 IM handily, swimming a 4:22.00. It was a massive swim for Nosack, taking 3.94 seconds off his personal best of 4:25.94, which he set this spring at the International Team Trials in April. Nosack was excellent through the middle of the race, splitting 1:08.18 on backstroke, then a stunning 1:13.22 on breast to really establish himself as the leader in the field. Nosack is a Northwestern recruit for 2023.

Phoenix Swim Club’s Kennedy Noble, an NC State recruit, was fantastic in the women’s 100 back, taking the race handily with a 1:01.24. That swim comes in just off Noble’s best of 1:00.87, which she established at the International Team Trials in April. Noble was quick on the first half of the race last night, splitting 29.88 on the opening 50.

4:23 and 5.5 second drop for incoming junior Michael Hochwalt going unmentioned… who payed you to ignore that?

WOW that’s a very impressive swim by Hochwalt. He couldn’t keep that speed finals tho unlike Diego

Not many swimmers have two great 4im’s in 1 day. He went for his cut in prelims, and Nosack did in finals.

Cats on the warpath! Congratulations Diego!

Diego is a BEAST

my boy diego taking that W in that women’s 400 IM!!! big things coming for northwestern!!

16 year old Michael Hochwalt swam an OT cut during the prelims of the 4 IM, might be worth mentioning

the qualifying period starts in November, 2022