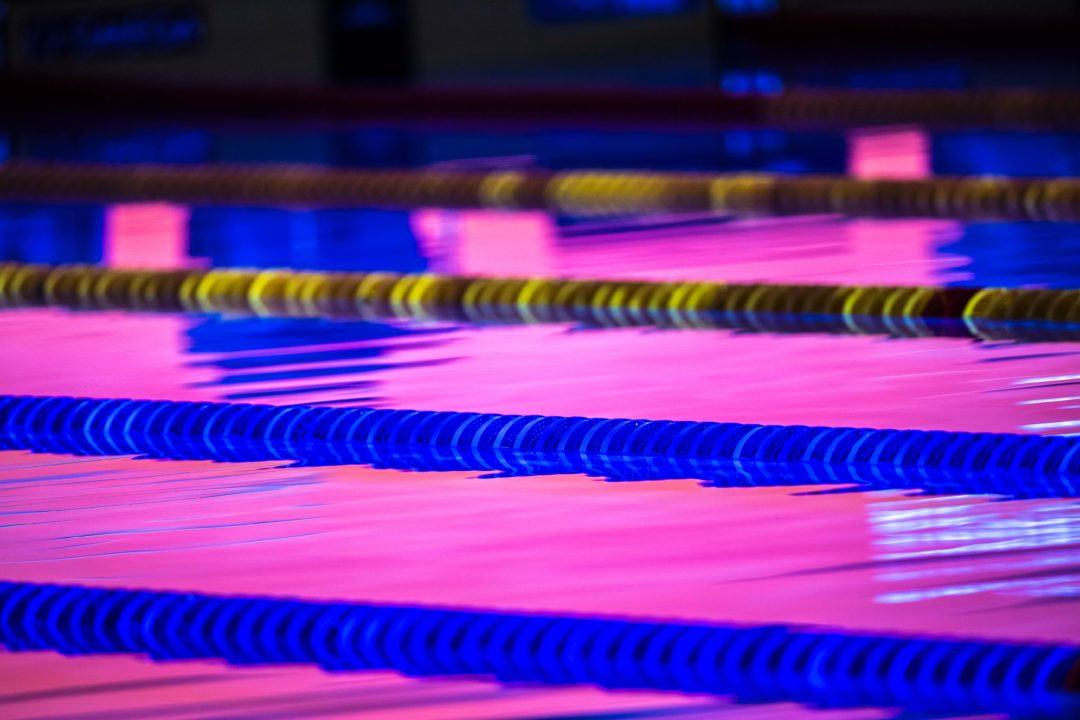 Northern Michigan University Athletics is excited to announce their incoming first-year athletes for fall 2017. The Wildcats, an NCAA Division 2 top-20 team competes in the Great Lakes Intercollegiate Athletic Conference (GLIAC).“This is an amazing group of leaders and talented athletes who we expect will continue the tradition

“This is an amazing group of leaders and talented athletes who we expect will continue the tradition of excellence that our team has established in both the classroom and the pool,” said Head Coach
Heidi Voigt. “I believe they all will bring great depth to our line-up and energy to our program.”

The Wildcats are coming off a successful season with an NCAA National Champion and eight All- American performances as well as capturing the GLIAC Male Athlete of the Year with Lajos Budai and GLIAC Freshman of the Year with Rachel Helm. The team kicks off the 2017-2018 campaign against Findlay Oct. 13.

Cassandra Clark – Cassandra is a multi-talented swimmer who will make an immediate impact for the Wildcats in the butterfly (58.5/2:08.7), breaststroke (1:06.9/2:25) and IM events (4:34.22). The
native of Newport News, VA, swims for Coach Jack Bierie and the Coast Guard Blue Dolphins.

“We’re very excited that Cassandra will be a Wildcat this fall,” said NMU Head Coach Heidi Voigt. “In addition to her talent in the pool, she seems poised, mature and ready to work at the collegiate
level.” Cassandra already has times that would score points in multiple events at the GLIAC Championships as well as A final in the 200 butterfly. Clark, who loves the outdoors, plans to major in environmental science. She is a graduate of Clark Academy.

Katrina Elzinga – Katrina is from Dewitt, MI and graduates this spring from DeWitt High School. She is graduating a year early and will enter Northern Michigan University on a full academic scholarship as a Harden Scholar (one of three Harden Scholars on the men’s and women’s teams). Elzinga can swim all events although she had a focus on IM and distance freestyle in high school. She was All-State and Academic All-American in high school swimming and a 4-year varsity letter winner. Katrina is also a member of the National Honor Society. She plans to major in neuroscience while also following the pre-medicine track.

Stefanie Rasmussen – Stefanie holds her high school record and placed eighth in the 500-yard freestyle at this year’s Minnesota state high school championships. She recently graduated from Melrose Area High School in Melrose, Minnesota. Rasmussen is a distance freestyle specialist and was named this year’s Sectional Swimmer of the Year for her region in Minnesota after capturing the 500 free (5:13.75) and placing second in the 200 freestyle (1:59.21). She swims for Coach
Nathan Meyer. Stefanie not only brings talent in the pool, but in the academic arena as well. She is a member of the National Honor Society and her school’s student council. In addition to competitive swimming, Stefanie competed in synchronized swimming. She is undeclared in major at this time.

“We met Stefanie several times during the recruiting process and were very impressed by her enthusiasm and dedication,” Voigt said.

Lena Soulas – Lena is a freestyle specialist from London, England who has dual citizenship with both the United Kingdom and France. She graduated from Enfield County School and Woodhouse College for her A-level studies. Lena qualified for the French Olympic Trials in both the 50- and 200-meter freestyle events and was the English ASA champion in the 50-meter free in 2015. She currently swims for Enfield Swim Squad and coach Callum Maher-Doyle. Lena should have an
immediate impact for the Wildcats as her current times in the 50 through 500 freestyles (LCM best times are 26.88-58.22-2:05.63-4:34.12) meet last year’s NCAA “invited” times.

“Lena will give us immediate depth in all the freestyle events and greatly strengthen our relays,” Voigt said.

Lena will major in Art and Design with a minor in languages.

Gabriella Spajic – Gabriella graduated from De La Salle Cronulla School in New South Wales, Australia. She is a butterfly, IM and breaststroke specialist who is extremely versatile and will be
able to contribute in any event the team needs. Spajic won silver medals in the 200- and 400-meter IMs and a bronze medal in the 200 butterfly at the Australian Darwin School National Championships. Her best times in short course meters are 1:02.65/2:17.47 for the butterfly events and 2:17.02/4:53.72 in the IM events and those convert to meet this year’s NCAA “invited” times. In addition, Gabriella received the Australian Olympic Committee’s prestigious Pierre de Coubertin Award that recognizes students who demonstrate values consistent with the Olympic Movement through participation and commendable behavior in sporting activity. Gabriella plans to major in
accounting.

“Gabby has great energy and enthusiasm and we can’t wait to have her in the pool,” said Voigt. Gabriella plans to major in Accounting.

Maggie Vaitkus – Maggie is a USA Swimming Scholastic All-American who graduated from Munster High School in Munster, Indiana. She is a sprint freestyle specialist who has been 24.04 in a flat
start and 23.80 anchoring the Munster 200 Medley Relay that was NISCA All-American. Individually Vaitkus has been top-25 in the IHSAA championships in the 50 free and in May 2016 was 8th in the 400-meter freestyle at the Lithuanian National Championships.

“Maggie visited us many times and she will definitely bring a lot to the Wildcats with her out-going attitude and positive vibe,” said Coach Voigt. Maggie swam for Coach Mathew Pavlovich in Munster.

She plans to major in Fisheries and Wildlife Management.

Luke Delaney – Luke graduated from Middleton High School in Middleton, Wisconsin. He swam for both Coach Dan Lynam of Middleton High School and Coach Drew Walden of Badger Aquatic Club. Luke is a butterfly and individual medley specialist who placed fifth in the 200-yard butterfly at this year’s Wisconsin USA State Championship (1:53.78) and ninth in the 400 IM (4:18.17). Luke’s 200
butterfly time would be top-10 in this year’s GLIAC Championship and qualified him for the NCSA National Championships.

“Luke is a high-energy, dedicated swimmer who brings a strong work
ethic to the Wildcats,” Voigt said.

He is also an outstanding student and plans to major in Digital Cinema or Mobile & Web App Development.

Drew Del Papa – Drew is from Warren, Michigan and graduated from Oxford Virtual Academy. He currently swims for Lakers Aquatic Club and coach Kelton Graham. Drew is a versatile athlete who
is competitive in the 400 IM (4:06.17), 200 butterfly (1:53.90) and all the distance freestyle events. Drew’s current best times would score top-10 in the GLIAC in both the 400 IM and 200 butterfly. Drew has been excited about becoming a Wildcat since the announcement that NMU was reinstating the men’s swimming and diving team in 2015. He loves the outdoors and animal world and plans to major in Zoology.

Jacob Hall – Jacob comes to the Wildcats from Kenai, Alaska where he swam for Soldotna High School and Coach Lucas Peterson. He is a mid-distance freestyler who can compete in any event from the 100 to the 1650. Jacob was runner-up in the 500 freestyle (4:47.74) and fourth in the 200 freestyle (1:45.26) at the Alaska High School state championships. Jacob loves to hike, run and snowboard.

“He has served as his team captain and will bring leadership skills to our program as well as contribute to our distance group,” Voigt said.

Matt LeClaire – Matt is from Gladstone, MI. He graduated from Gladstone High School and swam for Coach Tom Desy. Matt is the three-time defending U.P. Champion in the 100-yard backstroke
(53.64) and a two-time YMCA National Qualifier. He was the Male Michigan Upper Peninsula Swimmer of the Year in 2017.

“Matt has attended Wildcat Swim Camp for many years, we’ve gotten
to know him well as a leader and hard worker and we are excited to have him joining our team,” Voigt said.

A backstroke specialist who can also swim IM and sprint freestyle, Matt will add to our team’s already deep backstroke training group. Matt is also an outstanding student and plans to major in Wildlife Biology.

Jeremy Rodgers – Jeremy is a diver who graduated from Owosso High School in Michigan and he comes to the Wildcats after an honorable discharge from the U.S. Marine Corps. At Owosso he was
a standout diver with success at the regional level and also served as a volunteer diving coach at the middle school level. Jeremy plans to major in Information Assurance & Cyber Defense.

“We’re excited at the maturity and leadership we expect Jeremy will add to our diving roster,” Voigt said.

David Vowels – David graduated from Oconomowoc High School in Oconomowoc, Wisconsin. He is a product of the Schroeder YMCA team coached by David Anderson. David is a sprint freestyler (20.98 50-yard freestyle) who will also contribute in butterfly and breaststroke. David should make an immediate impact on Wildcat relays. He placed seventh in the Wisconsin state championships in the 50-yard freestyle and 26th in the event at YMCA National Championships. David was also part of the Schroeder YMCA’s 200 freestyle relay team that place ninth at YMCA nationals.

He plans to study pre-medicine.