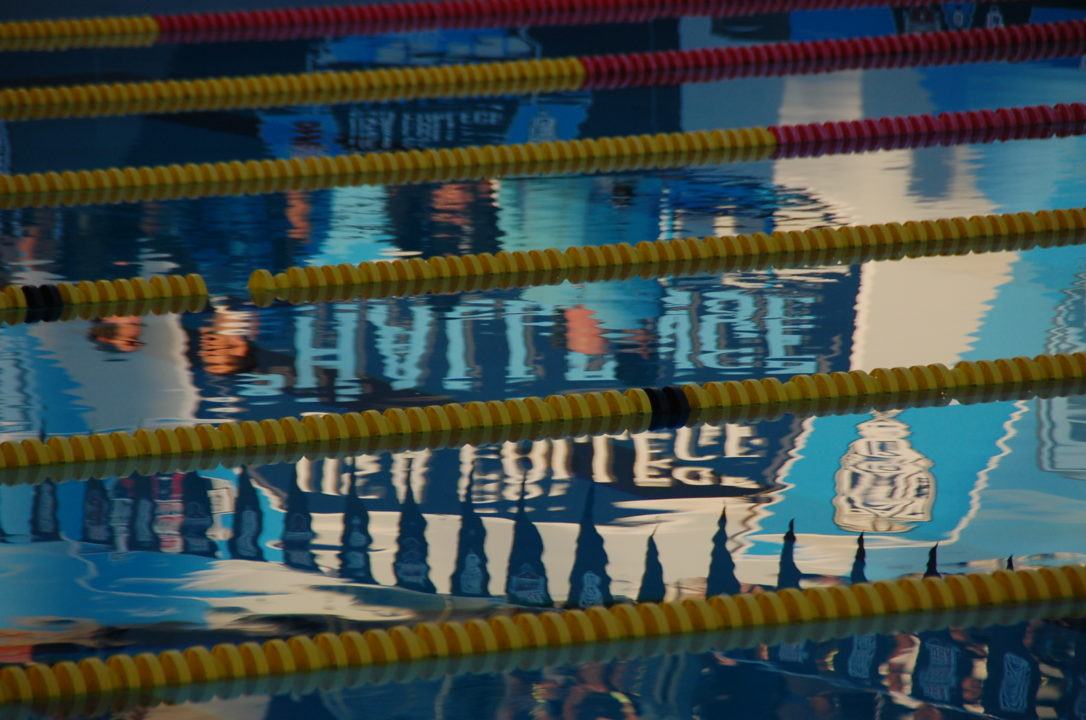 The boys from North Allegheny High School have broken yet another National High School Record, this time in the 200... Stock photo via Anne Lepesant

That record-setting relay included Andrew Zhang as the 2nd leg; at Wednesday’s state meet, he was swapped out for Joel Songer. The swim also breaks the group’s best time of 1:19.83 from the Winter Junior Championships East. Mason Gonzalez, who had been leading-off the team’s relays, shifted to the anchor and thrived with a 19.39 split. He also won the individual 50 in 19.99.

A different, but overlapping, North Allegheny group previously broke this record in March of 2017 swimming a 1:20.95 at last year’s state meet.

The overall and independent high school records still belong to the Bolles School from 2012. The quarter of Ryan Murphy, Joseph Schooling, Emiro Goossen, and Santo Condorelli, a relay that had 3 Olympic-finalists-to-be on it, swam a 1:19.27 in Florida.

Pennsylvania is one of the few states that split their state championship in the middle, meaning half of the events are swum prelims/finals on one day, and the other half the next. That’s as compared to the traditional format, that has prelims of all events one day, and finals of all events the next.

Ridiculous. Shame they didnt break the Boles record, but I guess you can’t have everything.

Imagine if that Bolles relay had Caeleb Dressel on it. I respect his decision to swim for his high school instead of Bolles, but it would have been crazy to see some of those relays.

Alleghany coming up clutch two days in a row

Should have gone with Zhang in the 200 FR. I know he was necessary to win the medley, but he could have shaved another .4 off their 1:19.60

Hey LPMAN, if you actually knew anything about swimming you would have realized that i (joel Songer) went a 20.1 in the 200 medley relay freestyle leg which is faster than any split Zhang has ever swam. Me and him are very good friends and we both realized this.

Glad to see this success isn’t getting to your head….

Good for you. Now answer me this, who had the fastest all-time flat start/split prior to last night? Who is to say Zhang would not have significantly bettered your 20.4 free relay split (having already gone a 20.2)? Why didn’t you duplicate your 20.1 from your medley?

Fast swimming goes a long way, but not as far as humility.

Hey LPMan, I honestly appreciate your defense of my splits, but given that I had to swim the 100 fly before, I don’t know if I would’ve bested Joel’s split. In addition, the 4 events that would’ve best suited the team required me to swim in the 4 x 100 free relay. Again, thanks for your support, but I’m going to have to give it to my pal Joel on this one.

Fair enough. Thanks for giving an eloquent and respectful response