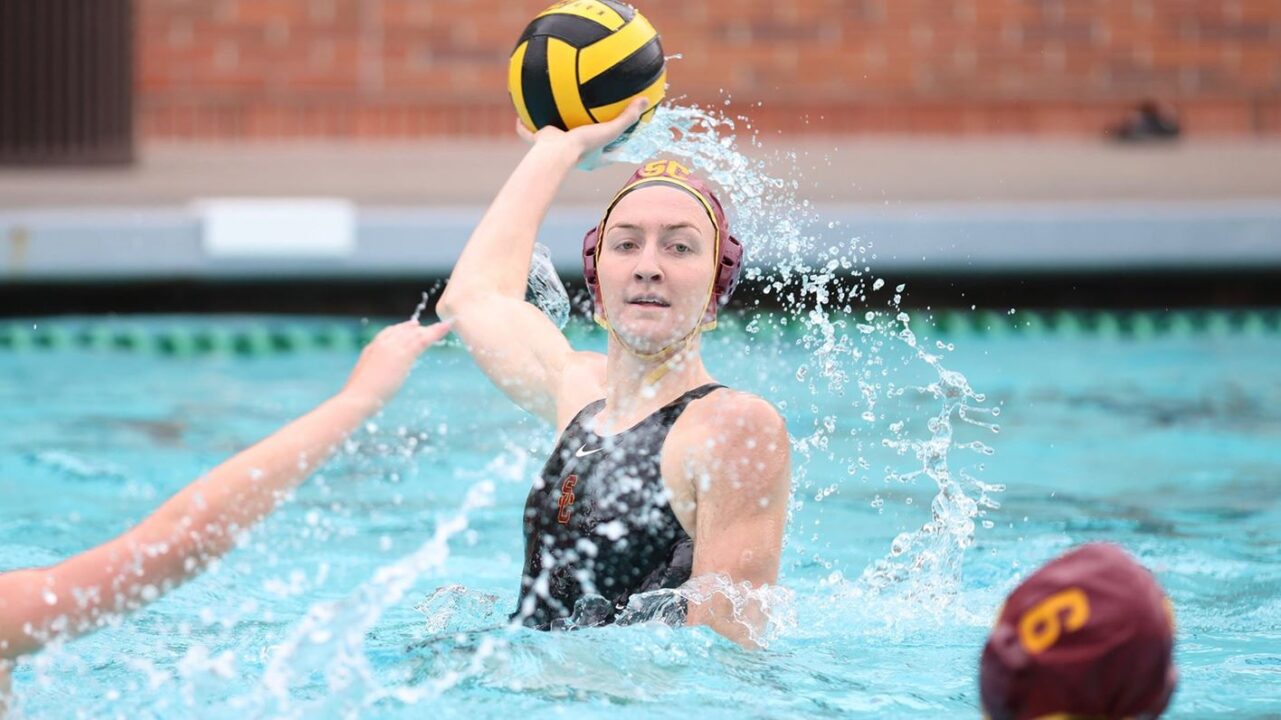 WESTWOOD, CALIF. — The No. 1 USC women’s water polo team poured out 14 straight goals to put No. 11 San José State well out of reach on the way to a 20-3 Trojan victory today in action at the UCLA Mini Invitational at Spieker Aquatics Center. Paige Hauschild delivered five of those USC strikes, pulling the redshirt junior up to No. 19 all-time in career scoring while 10 other Trojans also got on the scoresheet with goals. USC improves to 4-0 on the year.

Two USC goalies also got in on the defensive action for the stingy Trojans. Carolyn Stern and Erin Tharp split time in the cage, with each hauling in one shutout frame for the Trojan cause. Stern saw the Spartans strike early, but then no more SJSU goals broke through while the Trojan offense peppered the cage to take a 14-1 lead by halftime. Ten different Trojans scored during those first 16 minutes as USC spread the wealth. Hauschild had a pair in place by the break, as did Bayley Weber, Grace Tehaney and Tilly Kearns.

As Tharp took over the cage in the second half, USC’s scoring rally was extended when Julia Janov became USC’s 11th scorer on the day. San José State broke up USC’s surge with a 6-on-5 score, only to see Hauschild rattle in three goals in 2:30 to help boost USC ahead 18-3 entering the fourth. There, Tharp and the USC defense silenced the Spartans while Honnie Vandeweghe-O’Shea and Brooklyn Aguilera hammered home their second scores of the day to round out a 20-3 Trojan victory.

– With five goals today, Paige Hauschild climbed up to rank No. 19 all-time in career scoring at USC with 129.

– With two goals each today, Tilly Kearns and Bayley Weber both marked their fourth straight game with multiple-goals.