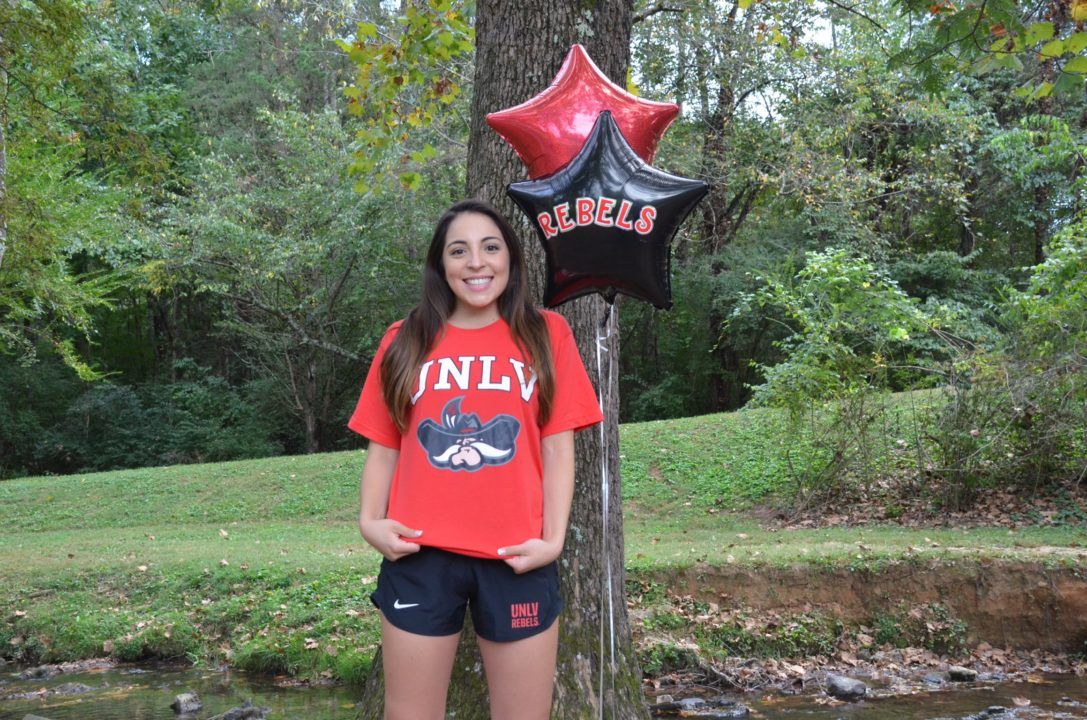 Carissa Armijo of Hardin Valley Academy and Tennessee Aquatics has made a verbal commitment to the University of Nevada, Las Vegas for 2018-19. Current photo via Carissa Armijo

Carissa Armijo from Knoxville, Tennessee has announced her intention to swim at the University of Nevada, Las Vegas in 2018-19. Audrey Coffee has also verbally committed to the class of 2022.

“I am EXTREMELY excited to announce my verbal commitment to swim at UNLV. As soon as I stepped on campus it felt like home. Coach Ben, Coach Karissa and Coach Pat are doing great things and I am looking forward to being part of a rising program. I can’t wait to be a REBEL!”

Armijo swims year-round for Tennessee Aquatics. A two-time USA Swimming Scholastic All American, she was runner-up in the 200 fly (2:16.99) and third in the 400 IM (4:56.52) at Nashville Futures this summer. Armijo brings big firepower to the Runnin’ Rebels’ lineup. At the 2017 Mountain West Conference Championships, she would have been the only UNLV swimmer in the A final of the 200 fly. She would have joined then-freshman Ida Schutt and then-senior Kristina Hendrick in the B final of the 200 IM, and she would have contested the B final of the 400 IM (Schutt was in the A final). Moreover, Armijo would have been the lone UNLV scorer in the top-16 of the 500 free and the 200 free.