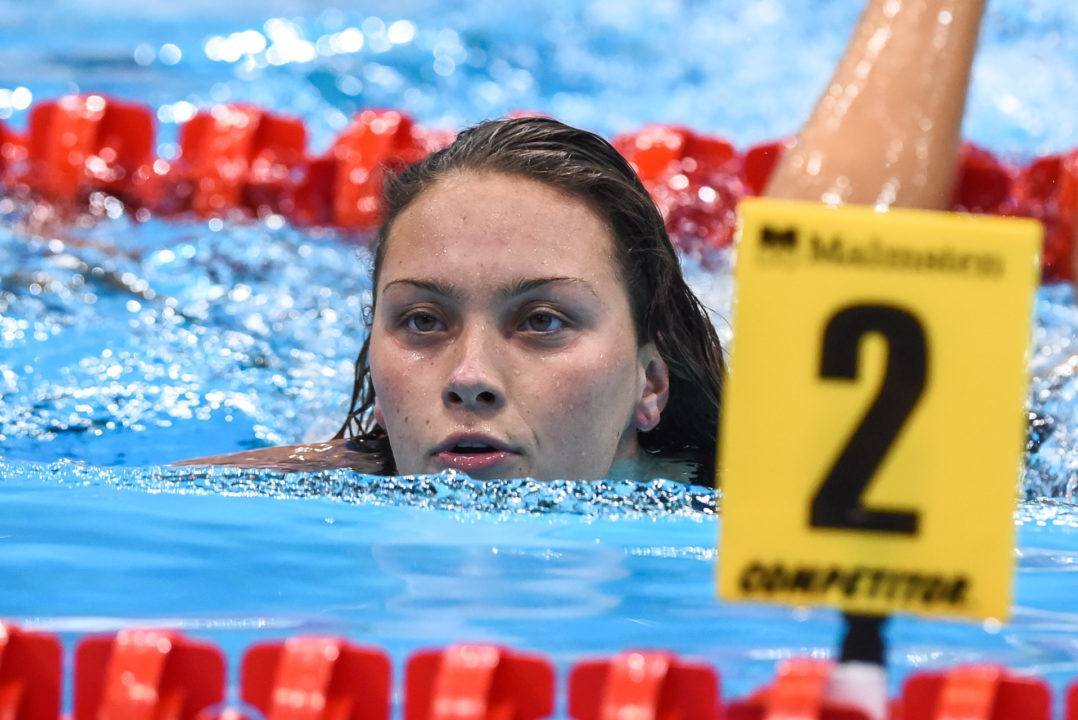 Mie Ø Nielsen's lead off swim in the women's 4 x 100 medley relay was the top performance of the final two days of the Danish Open... Current photo via Peter Sukenik/www.petersukenik.com

Mie Ø Nielsen‘s lead off swim in the women’s 4 x 100 medley relay was the top performance of the final two days of the Danish Open. Nielsen, who did not swim the individual event on Sunday, posted a 59.19 in the relay event on Saturday evening. The time would have been her best of the season before the European Swimming Championships in May where she set a new national record winning the event in a time of 58.73.

Two of Nielsen’s Danish Olympic teammates won events on Saturday evening. Viktor Bromer took the men’s 200 butterfly in a time of 1:56.92. Bromer finished almost six seconds ahead of the field, but was still off his season’s best of 1:55.28, which he put up at the European Championships.

Daniel Skanning won the men’s 800 freestyle in a time of 8:20.35. Unlike Bromer he did not have such an easy time with his competition. Skanning finished less than a second ahead of Marcus Køyer Svendsen who hit the wall in a time of 8:21.05.

Full results for the Danish Open can be found here.

Sarah Sjöström doesn’t want to be any worse (but in Freestyle) she just blasted a 1:54.34 at Swedish Nationals.

A shame that Hansson is clearly not in the form of the last couple of years, particularly given Marko-Varga’s improvements.

Sweden remain an outside shot for relay medals, but they are a second down on Australia in the 4×2 on SBs.

Mckeon, could be the spoiler here, we know she has the speed, she just went 2.07 in the 200 butterfly on weekend & working on endurance!!!! But then her chances of beating Ledecky is about the same as Neilsen beating Seebohm.

If you read a bit closer, you’ll find the writer was referring to her 58.73 from Euros which IS the 2nd fastest time so far for the period SWSW uses as for its annual listings. It is also the equal fastest for the calendar year 2016 with Seebohm’s swim at AUS Trials.

In the first paragraph, it is written that Nielsen swam 58.73 in May.
What is it with people who read the title, skip the content, and go straight to the comment section to voice their very important question or opinion?
Just sayin’.

Maybe you should actually read the whole article, it isn’t that long.

I see this lady posting a really big time in Rio. The upset could really come to fruition.

Yes. Clearly the biggest threat to Seebohm in my opinion.

You are certainly hoping Seebohm will get beaten as you suspected her of doping last year. At the same time you accused Larkin of doping