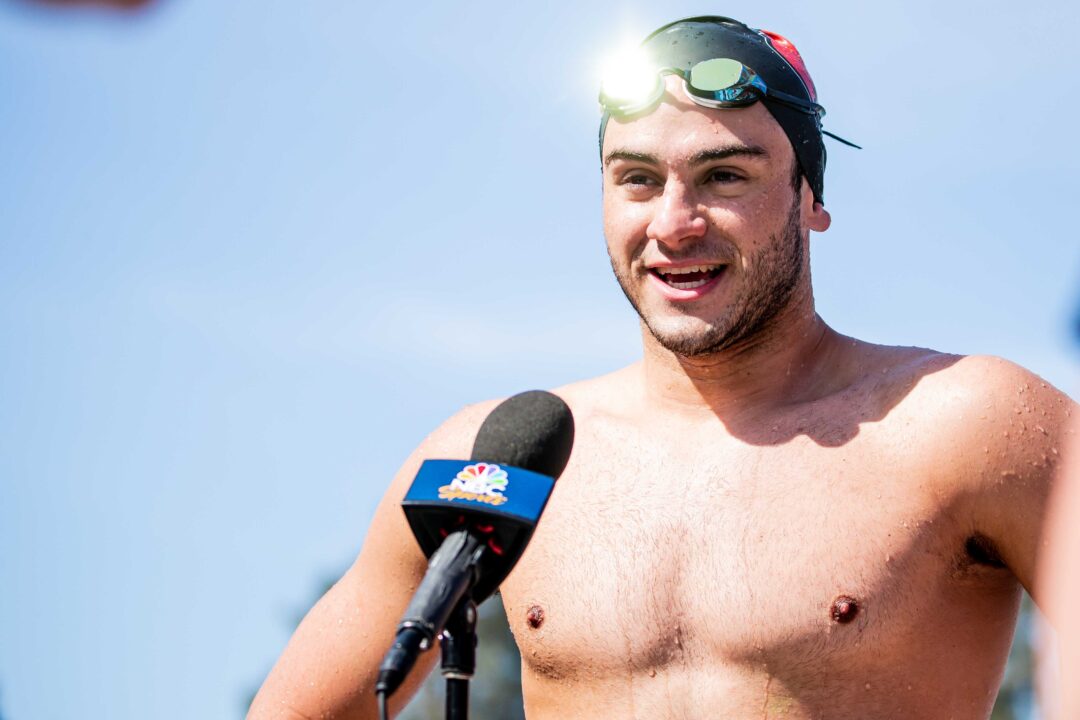 Collegiate swimmers dominated night 3 of the southern zone sectionals meet, winning every individual event contested. Several of those swimmers are competing at the competition shortly after swimming at the 2021 US Olympic Trials meet, and are nearing their lifetime bests in some events.

ACC Champion Nicolas Albiero, who recently announced that he would be taking a 5th year at Louisville, topped the field in the men’s 100m butterfly. After swimming a lifetime best of 52.14 in prelims, Albiero stopped the clock in a time of 52.17 in finals. With his performance, he knocked a few tenths off of his best time of 52.38. Albiero did not contest the event at Olympic Trials. However, he was a finalist in the 200 butterfly, where he placed 4th overall.

Albiero’s teammate Dalton Lowe placed second in the final with a personal best of 52.61, while Lukas Miller placed 3rd in a time of 53.25.

In the women’s 400 freestyle, Kentucky swimmer Megan Drumm claimed the top spot by swimming to a time of 4:17.10. For Drumm, her performance was a personal best by over 2 seconds, taking down her previous best of 4:19.63. Lakeside’s Annabel Crush placed second in the final with a time of 4:17.68, demolishing her personal best of 4:26.47 by almost 9 seconds.

Louisville saw another victory in the men’s 100 breaststroke as Aidan Kreiley won the event in a time of 1:02.21, knocking .4 off of his best time in the process. Kreiley swam his previous best of 1:02.60 at Wave I of the US Olympic Trials meet, and his best time entering the 2021 season was a 1:03.04, meaning he’s dropped almost a second since then.

SwimMAC closed out the night by winning the men’s 800 freestyle relay by almost 5 seconds. The team of Jacob Wimberly, Cameron Abaqueta, Jack Haywood, and Spencer Freeman combined for a time of 7:45.98, slicing 15 seconds off of their entry time.

A lot of beautiful swimming coming out of those guys recently. Especially the fly

WR a for Davila in 4free. Congrats!