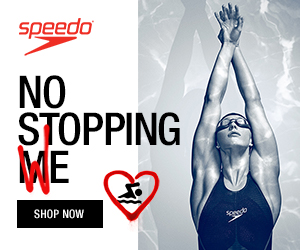 On day 2 of the Bloomington Pro Swim Series, Tom Shields scratched his 100 free to focus solely on the 200 fly.

Olympic icon Katie Ledecky leads the 400 free late in the meet, while Nathan Adrian will hold the top incoming seed in the 100 free in his first swim since surgery and a testicular cancer diagnosis earlier this season.

2018 was a rough season for Cody Miller, who talked pretty openly in his vlog series about dealing with injuries for much of the year. But he seems to be back on track in 2019, hitting a time in prelims of the Bloomington Pro Swim Series this morning that is better than anything he swam last season – Nationals included.

Nathan Adrian was almost exactly as fast on Friday as he was at this meet last season.

Olympian Kelsi Dahlia has scratched both the 100 free and 200 fly the first full day of the 2019 Pro Swim Series in Bloomington, suggesting that she may not be attending the meet at all.

Hannah Moore is the top seed on the women’s side, looking to win her second-straight PSS meet in this event. Moore beat Chile’s Kristel Kobrich by seven seconds in Richmond.

An updated set of psych sheets have dropped for this week’s Bloomington Pro Swim Series, with Olympian Melanie Margalis dropping off the ticket. Margalis was entered both in Bloomington and at the Atlanta Classic happening the same weekend, so her absence on the new psychs all but confirms she’ll be swimming Atlanta instead.

5 Storylines to Follow at the 2019 Pro Swim Series – Bloomington

Nathan Adrian is back!

Adrian is entered in the 50 and 100 free in Bloomington.

Cammile Adams’ “Adams Family” maintained its sizable lead over the field thanks to, among others, a 4th-place finish in the women’s 10km race at Open Water Nationals from Erica Sullivan (above).