New York Breakers Out of Quarantine 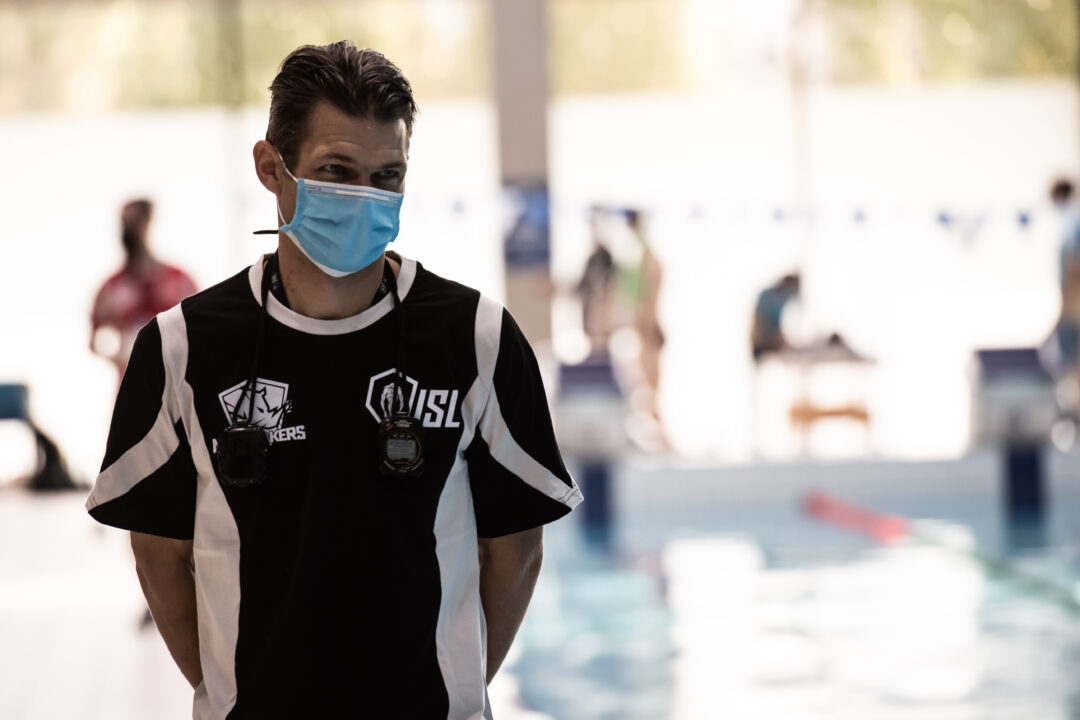 Coach Martin Truijens of the New York Breakers. One of his athletes tested positive for COVID-19; those who test negative are now allowed to leave isolation.

On Thursday, the International Swimming League announced that in accordance with COVID-19 protocols and the guidance of Italian health authorities, the entire team would have to isolate until Saturday morning. At that time, athletes could get tested and those who test negative could leave isolation.

The league says that they will not reveal the name of the swimmer who tested positive, and also declined to share information about the athlete’s symptoms or vaccination status. Today’s start lists will reveal the possible candidates to compete, and before the positive test, the team had only brought 16 female and 13 male athletes to Naples. On the men’s side, the team is already short of their allowed 14 athletes, so any more absences there will be ominous and put a lot of pressure on the Breakers’ lineup in a crowded meet schedule.

Yesterday, Italy reported almost 8,000 new COVID-19 cases, with a 7-day average of over 6,000 new daily cases. In Campania, the region of Italy where ISL matches are being held, there were almost 600 new COVID cases yesterday.

Meanwhile, the first match, which the New York Breakers weren’t a part of, has already finished. The Breakers are expected to compete Saturday in Match 2 against the Cali Condors, LA Current, and Tokyo Frog Kings.

Tell me why we’re supposed to believe that ISL is any better or different than FINA?

Which Russians that are competing in ISL have failed doping tests?

Sure, they have loopholes. Grigory got a pass by claiming the substance just didn’t clear his system. Daria was 14.

But “zero tolerance” has been held firm everywhere else. They still found a way to have loopholes for Russians.