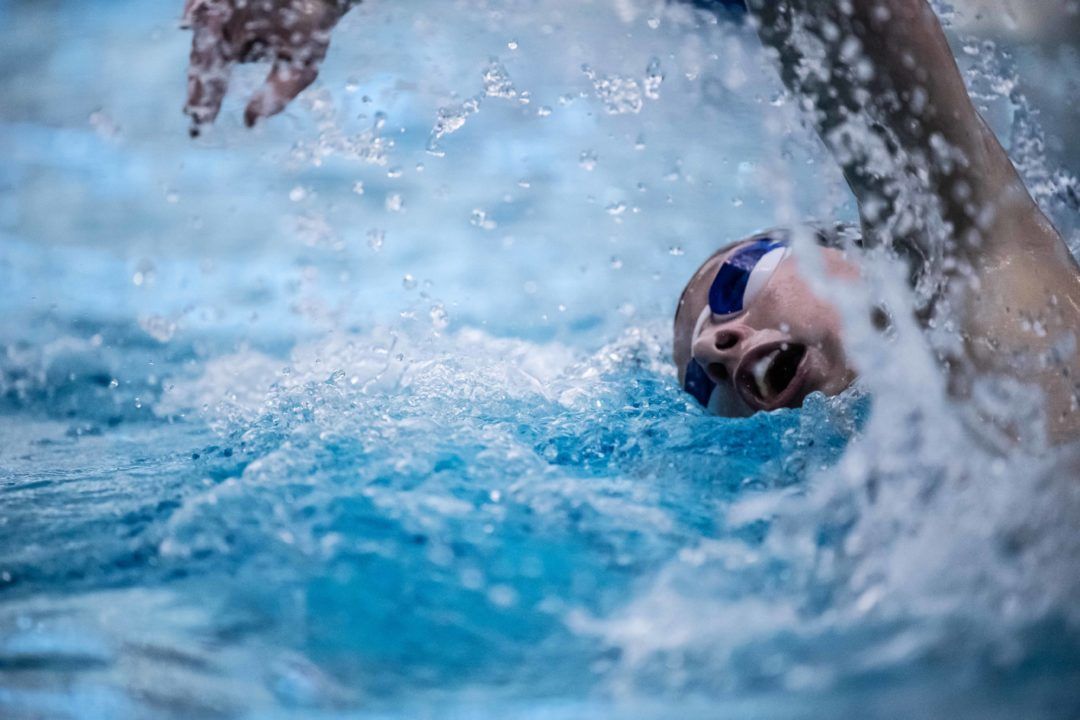 Current US Junior National Teamer Summer Smith of the Bluefish Swim Club is one of the top swimmers within the New England Swimming LSC. Archive photo via Mike Lewis/Ola Vista Photography

The New England Swimming LSC has announced that it will not hold an in-person LSC championship this spring, and instead focus on a virtual leaderboard.

Specifically, results from all Sanctioned meets between February 13 and March 28, 2021 will be combined into a leaderboard.

“New England has been extremely affected by the COVID-19 pandemic,” the announcement reads. “We hope that you and your teams are surviving through this until conditions improve. Covering four different state protocols has been very challenging for us in determining end of season opportunities.

“It is very clear that the chances are slim to none for our usual pools being available, so we are going ahead with a plan outlined below.”

Results will be flighted by Gold, Silver, and Bronze divisions, as well as by age group brackets. Gold swimmers will be those entering with AA times, Silver BB times, and Bronze all other times.

New England Swimming will partner with certain teams that have the ability to host to try to organize larger meets when possible, but recognize that many events will be swum as duals or intrasquads.

Awards will be given at the end of the competition period.

The LSC acknowledges that teams in Vermont and Rhode Island, because of ongoing challenges, might not be able to race during this period, and says they will work with those teams, once they are open, to “give their swimmers equal opportunity.”

This mirrors the plan used by USA Swimming to host its Winter 18 & Under Championships in December, in replacement of the usual Winter Junior Championships, where some athletes raced in larger championship-style events, but where times from all sanctioned meets during an open time period were accepted.

The New England Swimming LSC is unique in that its territory covers 4 different states, each with different coronavirus policies and restrictions. The LSC includes the entire states of New Hampshire, Vermont, Rhode Island, and Massachusetts.

Of the 4 states in the New England Swimming LSC, Rhode Island currently has the highest rate of new infections, with 77 per 100,000 residents. That ranks 4th-worst among all US states.

Among the top names within the New England Swimming LSC include Tennessee commit Summer Smith, and fellow National Junior Teamers Natalie Mannion. Mannion, a high school junior, is currently training with the Sarasota Sharks in Florida, where there are fewer restrictions on training and competition.