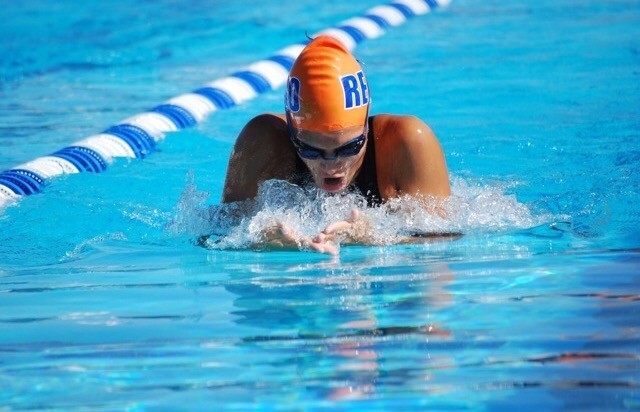 As she approaches her final high school meet of the year, 2014 Nevada State Champion, Madi Hurst, has committed to...

As she approaches her final high school meet of the year, 2014 Nevada State Champion, Madi Hurst, has committed to swim for Teri McKeever at California. She is expected to join the Golden Bears in Berkeley for the 2015-2016 season.

“I chose Cal because I was looking for a place to call home, and that’s what Berkeley gives me. The last few months of 2014 were rough for me and when I took an unofficial visit to the school earlier this year, I just knew. I could picture myself there. The team is incredibly cohesive and supportive of one another. The staff is experienced and caring. I particularly loved the coaching philosophy. Teri and Kristen are focused on developing strong women in addition to strong swimmers. I’m really looking forward to being able to contribute to an amazing team and school. Go Bears!” – Madi Hurst

Almost a year ago, Hurst broke the Nevada High School Division 1 record in the 200 IM with her time of 2:02.97 at the state championships. She currently swims for Reno Aquatic Club and is a predominantly an IMer and breaststroker.

At the USA Swimming Winter Jr National Championships, she lowered her best time in the 200 IM to 2:02.18, taking nearly a second off her best time in that event from six months prior. If she can continue dropping time at that rate, she will be a strong pick-up for the Golden Bears. She dropped a ton of time between 2013 and 2014 in the 200 breaststroke, improving from a 2:23 to a 2:15.

Take a look at her best times below:

A little late to the party but GO BEARS!

Way to go Madi! I am soooo proud of you. You are a fantastic young lady who I know will go on to do more great things in the pool and in life!

Congratulations, Madi! We couldn’t be more proud of our niece. CAL is getting a great new team member.

Congratulation Brian, I couldn’t be happier for all your success and hard work in Reno. We sure miss you in California though!

Madi, so happy for you and your family. Cal is lucky to have you both as a swimmer and a student.