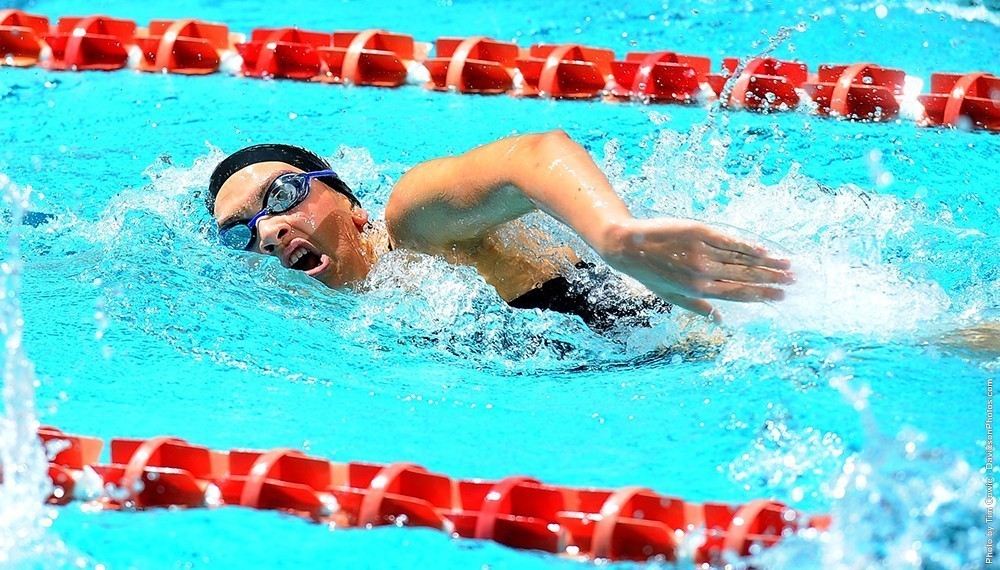 Hilvy Cheung from the Aggies took the 200 butterfly, winning with a time of 2:02.16 coming in ahead of Sita Kusserow from the Wolf Pack who touched second in 2:03.06.  UC Davis then took the 50 freestyle with freshman Courtney Schultz posting a 23.95 effort.  It was then a tie for second, with Marissa La Freniere from UC Davis, and Michelle Forman from Nevada both touching in 25.03.

Senior Krysta Palmer from Nevada won both the 1-meter (350.25 points) and 3-meter (375.90 points) boards, posting pool records in both. Taking second in both events was Aggie junior Audrey DeNeffe whose 1-meter (278.55 points) and 3-meter (296.85 points) were not only good enough for second place, but both set school records, and earned her a spot at NCAA Zone Championships in March.

The relays were split, with the UC Davis ‘A’ team of Hilary Hunt, Ferko, Cheung, and Schultz taking the 200 medley relay win with a time of 1:44.28. The 400 free relay was won by the Nevada ‘A’ squad of Kusserow, Josefin Eriksen, Teresa Baerens, and Li closing the meet with a 3:26.53 effort.

The undefeated Wolf Pack is back in action in their first home meet on January 2-3, hosting Cal State East Bay.  The now 2-2 Aggies of UC Davis next host Brigham Young on November 15th.