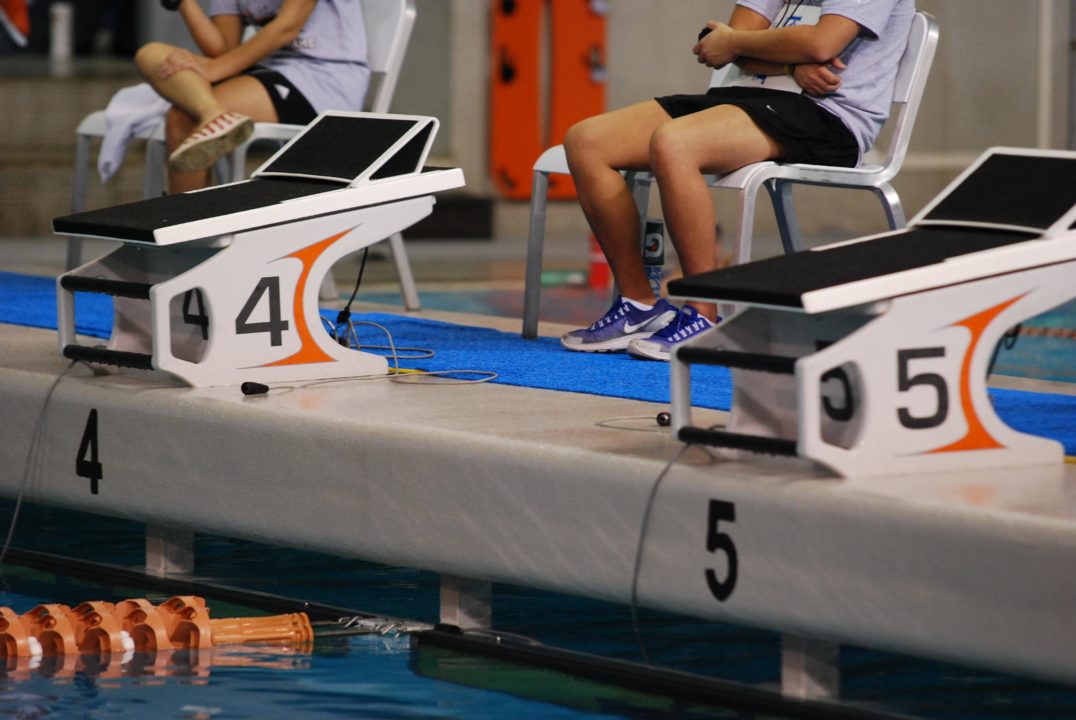 The North Coast Athletic Conference announced its All-Decade team from 2004-2013. Denison was particularly well-represented for men and women over the past ten years. Stock photo via Janna Schulze/SwimSwam.com

The North Coast Athletic Conference is celebrating its 30th anniversary this year, and in honor of the milestone, it announced its All-Decade team for the third decade of its existence, 2004-2013.

Denison is the most well-represented on the list, which features one athlete for each swimming and diving event. The Denison women comprise 7 of the 10 swimmers on the roster, and because several of those women were selected in more than one event, the crew accounts for 11 of the 15 events.

On the men’s side, 7 Denison swimmers account for 9 of the 15 events. 3 Kenyon men and 2 Kenyon women were also selected.

The oldest swimmer on the roster is Beth Groselle, who swam for Hiram from 2004 to 2006, earning swimmer of the year honors and winning the conference title in the 200 IM in ’06.

Also honored was Kenyon’s 2013 grad and current SwimSwam contributor Hannah Saiz, who represents the 100 and 200 flys after earning swimmer of the year honors last spring.

For the men, Denison’s John Geissinger was honored for the 100 and 200 frees. The 2009 graduate won both events in a swimmer-of-the-year performance in ’09.

Kenyon’s men came from earlier in the decade. Josh Mitchell represents the 50 free after winning consecutive swimmer of the year titles in ’07 and ’08. The ’06 award-winner was Kenyon’s Andrejs Duda, who was named to the All-Decade team in the 200 IM and 200 fly.

2013 Denison grad Gabe Dixson represented both diving events after racking up 5 conference championships and two diver of the year awards over the past three years.

Other teams represented were DePauw (100 butterflyer Casey Hooker was one of just three still active collegiate swimmers on the roster) and Ohio Wesleyan (David Gatz in the 200 breast).

The full rosters are laid out below, or you can find them on the NCAC website here.

As is so often the case, I’m confused by these selections. Running down just the first few men’s events…

50 Free
How does Zach Turk not make this list? He’s the D3 record holder and won the event all three years he competed at this level. Plus, no one else from the conference was a national title over the decade of consideration

200 Free
David Curtis wins the 200 free three years in a row and doesn’t get selected?

500 Free
Curtis get’s the nod here, but this has got to be either Allen Weik or the younger Rushton

these selections are ridiculous, they are trying way too hard to include Geissinger and the exclusion of Turk is absurd

it looks like they only took a look at NCAC Championship meet to make these, when you have two teams that have been top 2 in the country for the last 10 years I think the selections should probably be taken from the national record book over the list of NCAC champs…

It does appear the NCAC based this list very much off of production at the conference championships as opposed to national championships – it makes some sense as the team was compiled by the conference and not the NCAA, but it certainly sparks discussion about athletes who typically put more emphasis on nationals.

It was based off of conference performances…