NCAA Record Holder Stephanie Peacock Out of NCAA Championships; Stanford Gets Another Entry 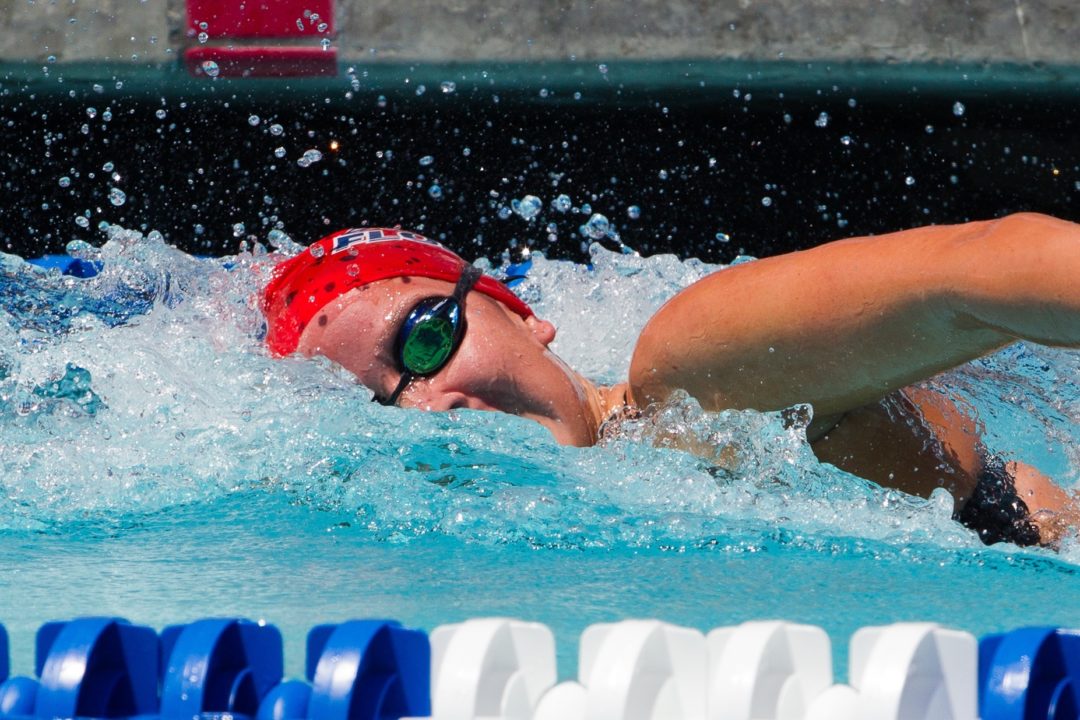 With Stephanie Peacock out, Sarah Henry now becomes the favorite to win the women's mile.

Defending NCAA 1650 freestyle champion, and the NCAA Record holder in both that 1650 and the 1000 free, Stephanie Peacock of North Carolina has withdrawn from this year’s NCAA Championship meet after a battle with illness, the school confirmed today.

A lot of eyebrows were raised when Peacock missed the ACC Championships, though at that time the school was still not commenting on her status for NCAA’s. She was on the precut psych sheets for that meet, but now will not be swimming.

“Stephanie Peacock has been ill and this prevented her from swimming in the ACC Championships for UNC,” head coach Rich DeSelm said. “She has not been able to train recently but it doing everything necessary to improve her health. We had hoped she might be ready for the NCAA Championships, but she is not. While we know there is interest out there because of Stephanie’s status as one of the nation’s premier swimmers, any speculation on her future status competition-wise would be inappropriate for anyone to comment on or speculate about.”

That scratch does a few things. First, Texas A&M’s Sarah Henry, the SEC Champion, becomes a big favorite on seed, at least, in the women’s mile with a 6-second advantage on anyone else (though there are others who are still waiting to come down on their tapers).

It also pulls up an”alternate” into the meet. Stanford’s Allison Brown will be added now on the basis of her 4:42.96 in the 500 free.

(Strangely enough, with one swimmer dropped, and three swimmers added, we still can’t figure out who else has left the meet. The official entries still say there are 281 swimmers entered).

Before saying that Henry is the big favorite…I’d still recognize Haley Anderson, she has been 15:41 and was a 15:43 last year.

“While we know there is interest out there because of Stephanie’s status as one of the nation’s premier swimmers, any speculation on her future status competition-wise would be inappropriate for anyone to comment on or speculate about.”

Well, gee, if this quote isn’t going to make people speculate I’m not sure what is!

Hope she gets well and is able to return to the pool soon.

If I had to make a totally unsubstantiated guess, I’d assume something like mono (glandular fever for y’all overseas readers) because the full recovery time and process can be so very wonky for some people.

kirk, good point. the wizzard of oz “pay no attention to the man behind the curtain”. of course the gang proceeds to pull the curtain back and learn the wizzards secrets.

really UNC? i swear this is going to errupt lots of unsubstantiated rumors making such a vauge statement like that always does. i’ll start. stefanie peacock hais been called by the UN to battle off aliens who are planning to take over earth. she should be done by mid summer