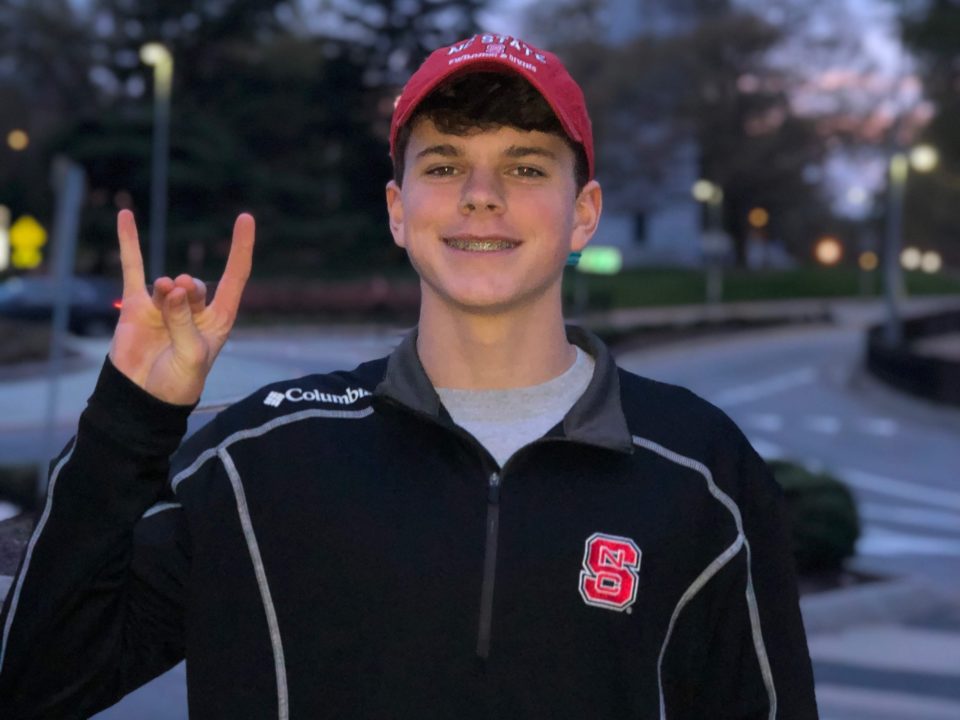 Moore roared to a 4:18.04, winning the race by nearly 7 seconds. Stock photo via Michael Moore

The women’s 400 IM also saw excellent racing, with Kentucky’s Gillian Davey posting a new lifetime best of 4:44.83. She led the field by almost 10 seconds, using a stellar 1:16.73 breaststroke split to exert her will over the others in the heat. Davey’s previous best was 4:45.41, which she just swam at the Olympic Trials Wave II meet in June.

Katharine Berkoff, standout NC State backstroker, won the women’s 100 back in 59.32, touching first by nearly 2 seconds. Berkoff has a personal best of 58.62, which she swam last month at the Olympic Trials.