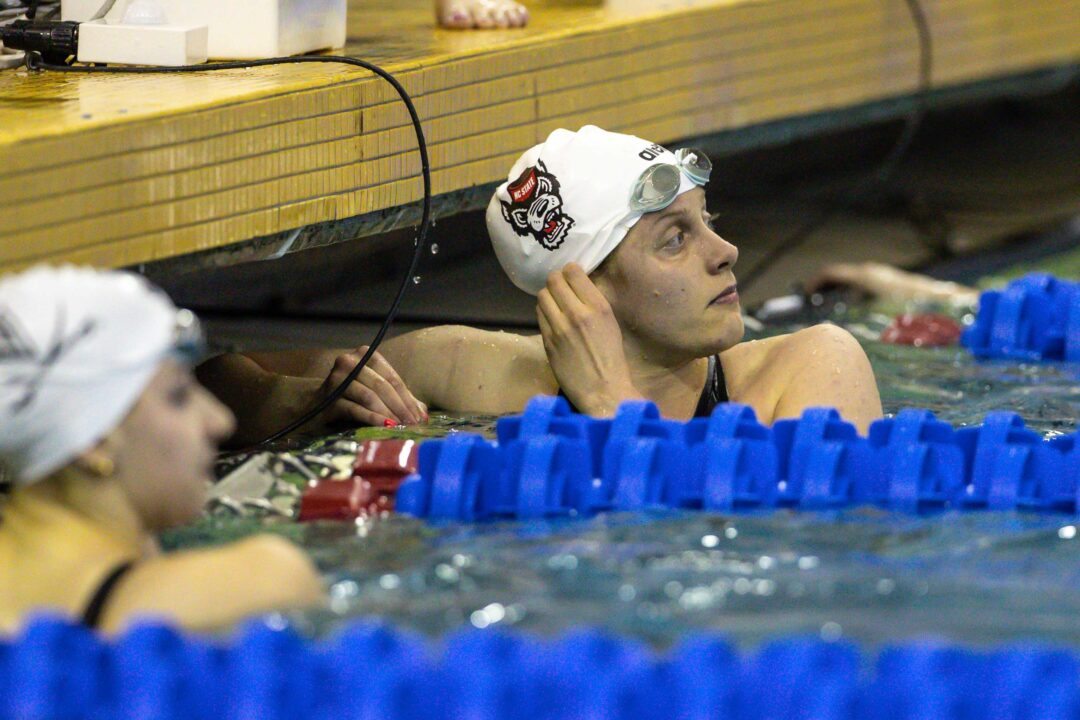 The NC State women will have three returning fifth years on their roster this upcoming season. Kylee Alons, Andrea Podmanikova, and Emma Muzzy will all stay at NC State for a fifth year.

Podmanikova represented Slovakia at the 2020 Tokyo Olympics swimming the 100 and 200 breaststrokes.

She told SwimSwam that she is returning for her fifth year because back in Slovakia, “we don’t see pools every often, and NC State has two! Ever since the extra year of eligibility was announced, I knew it was something I wanted to take advantage of. After Braden gave me the opportunity to stay, I didn’t have to think twice. Being a part of the team here at NC State has been such a privilege. This team has already accomplished so much and I believe it has the potential to do even more. I truly enjoy being coached by BB, Stef & Dinko. Being able to train with the coaches and the team in Raleigh has allowed me to grow as a swimmer and person (and I like who I am becoming here). With that, I am happy to be able to stay and help this team accomplish even more.”

Podmanikova also told SwimSwam that in addition to majoring in sports management, she will be adding a minor in psychology.

The return of all three women adds up to 200 individual points at ACCs. NC State finished second at ACCs with 1347 points. The Virginia women captured the conference title with 1418.5 points. Notably, Virginia had 0 fifth year points and NC State had 126.

At the NCAA level, the return of all three women adds up to 52 individual points. The NC State women finished fifth at NCAAs with 279 points, only nine points behind fourth place Alabama.

That Andrea really has a way with words!! If only her swimming was as good as her English. Did you see that Slovakia 1st and 2nd pick in the NHL draft! What a day for Andrejka and Slovakia