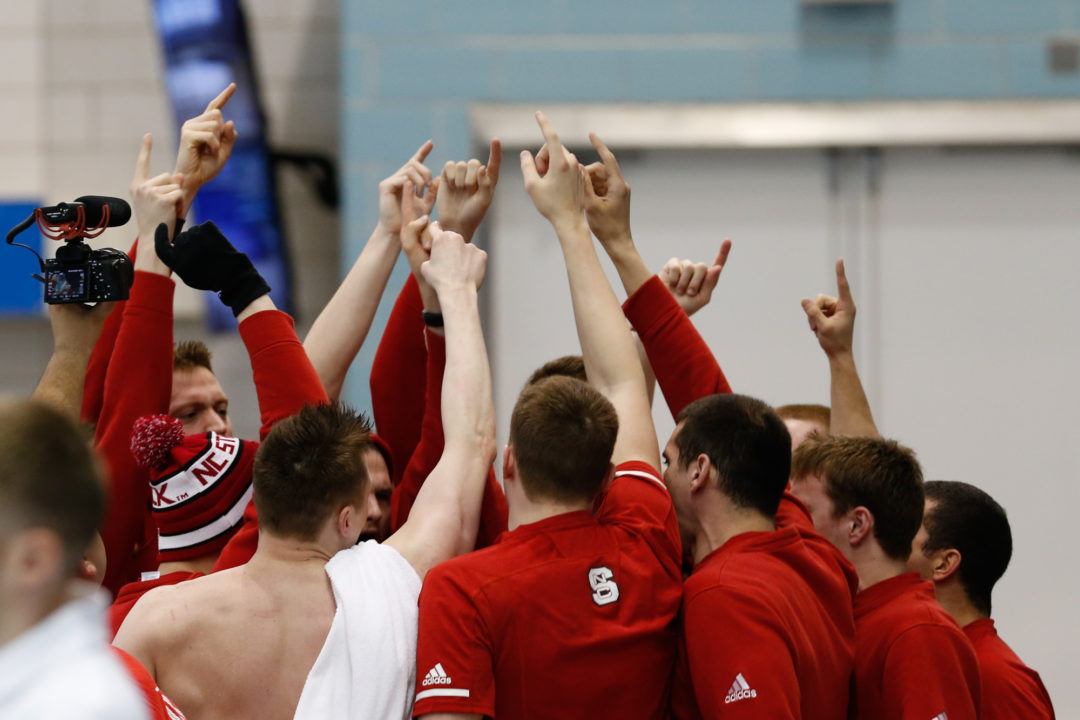 Join the NC State men’s and women’s swimming and diving programs on Friday, Sept. 27 for their Fifth Annual Wolfpack Games. The event is scheduled to begin at 6 p.m. at the Willis R. Casey Aquatic Center on campus.

Admission to the event is free. Doors open at 5 p.m., and the Wolfpack encourages fans to arrive early to hang out with the squads before the event begins.

The 2019 Wolfpack Games marks the celebration of the start of the 2019-20 campaign and serves as the first chance for fans to see NC State’s roster for the upcoming season. The event also serves as an opportunity to celebrate the program’s accomplishments from the 2018-19 season. Over the course of the evening, NC State will honor its men’s and women’s teams with their 2019 ACC Championships rings and will present Andreas Vazaios with his 2019 NCAA Championships ring.

2. World Championships Medalist Recognition
Wolfpack alumna Hannah Moore secured a bronze medal in the women’s open water 5K at her first-ever appearance at the FINA World Championships. Moore was the top finisher for Team USA, touching at 57:58.0 for third place.

4. Women’s ACC Championship Ring Ceremony
The Wolfpack women completed a historic 2018-29 campaign during which they were crowned ACC team champions for the second time in three years. The team came back to Raleigh with a total of 11 event titles, setting a new program record for the most single-season ACC titles.

6. Men’s ACC Championship Ring Ceremony
The Pack men became ACC Champions for the fifth year in a row and the 29th time overall at the end of the 2018-19 season. The team ended the meet with 17 podium finishes, including five gold medals. Coleman Stewart was honored as ACC Meet Co-MVP, and every swimmer that competed at the meet scored points for the team.

8. Summer Medalists & USA National Team Members
After a successful summer of international competition, NC State will honor its medalists from the World University Games and the Pan American Games. The Pack will also recognize the eight current and former swimmers who earned spots on the 2019-20 US National Team.

10. Andreas Vazaios 200 Butterfly Ring Ceremony
Vazaios ended his Wolfpack career by repeating as 200-yard butterfly national champion, becoming just the second multi-time individual champion in program history. His 1:38.57 time in the finals made him the fourth-fastest man in NCAA history and lowered his own ACC and program records in the event.