Navy sweeps Army as both teams tear up record book 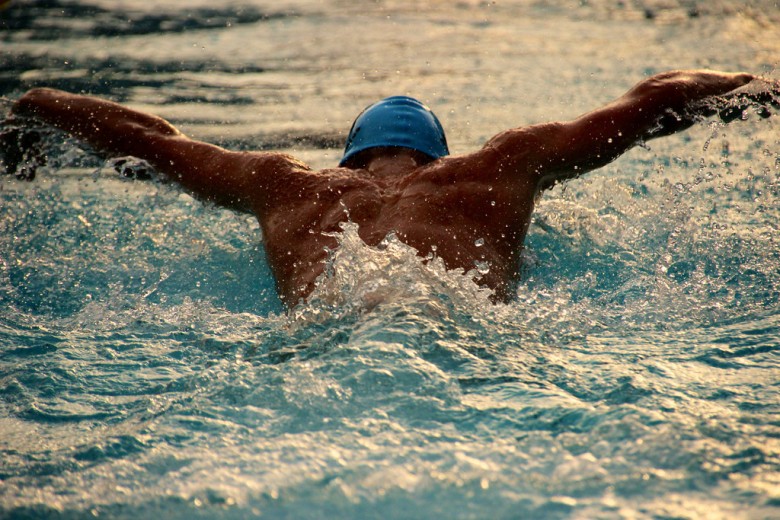 Navy extended its 25-year win streak on the women's side, and the men won their 23rd straight against Army. Stock photo via Lester Rich/SwimTeamPics.com

The men’s and women’s teams from Navy extended their 20-plus year winning streaks over rival Army by winning both dual meets Thursday night in Annapolis.

Ellen Bradford (1;02.61) and Colleen Randolph went 1-2 in the 100 breast, and were followed by two more teammates in a 1-4 sweep. Nicole Hetzer and Kristine Doan (who was exhibitioned as Navy could only score three in the event) were the next two to finish.

Keeping the momentum going for Army was Ariana Bullard, who won the 100 fly in 53.66, breaking a plebe (Army-speak for freshman) record and winning by a full second margin.

Julie Jesse took the 3-meter diving board to extend her diving sweep for Navy, scoring 248.25.

Finally, Navy put the cherry on the day by winning the 400 free relay in 3:23.08. The relay was made up of Olivia Morrell, Jessi Ford, Kenzie Margroum and Maddie Thompson.

Alex Nickell went 9:10.64 to win the 1000 for Navy; his closest competitor was teammate Noah Martin, who took second.

The 200 free went to Hugh Davison of Navy, who went 1:36.00 to break both a pool record and a Patriot League record in another 1-2 sweep for the Naval Academy.

Navy also took the 100 breast with Sean Murphy’s 52.88 – he blew away the field and broke the Patriot League record. In addition, the Navy senior broke the pool record held by all-time great Michael Phelps at 53.75.

Sean Regen struck back for Army, winning the 200 fly in an Academy record 1:47.12. That was just ahead of Jonathan DeBaugh of Navy.

Dain Bomberger won the 50 free for Navy, going 19.75 and just missing the pool and Patriot League records by .01. Army’s Christopher Szekely, who finished second, broke an Army record with his 19.88.

The 1-meter diving event went to Benjamin Freedman of Navy with a score of 316.50.

Another pool and Patriot League record went down in the 200 breast when Luke Hoffer went 1:54.31 to win easily for Navy. The Naval Academy put up another 1-2 finish in the event.

Navy went 1-2-3-4 in the 500 free, led by a pool and Patriot League record 4:17.27 for Thomas Duvall. Alex Nickell, Riley Mita and exhibitioned Noah Martin rounded out the Navy contingent.

Sean Regen won his second event for Army, setting another school record in the 100 fly with a 48.33. He won by just .02 over Navy’s Jonathan DeBaugh.

Benjamin Freedman completed his sweep of the diving boards by scoring 326.55 to win the 3-meter competition for Navy.

Army got one more win on the night, coming from Samuel Mo in the 200 IM. He went 1:50.03 and was followed by teammate William Viana for the 1-2 sweep on a tough night for Army.

Finally, Navy won the 400 free relay to close down the meet, with the team of Thomas Duvall, Daniel Bowden, Dain Bomberger and Hugh Davison going 2:58.45.

It may seem so, but meet officials lazered the distance and it was spot on.

the bulkhead was placed wrong. these times are WAY too fast…