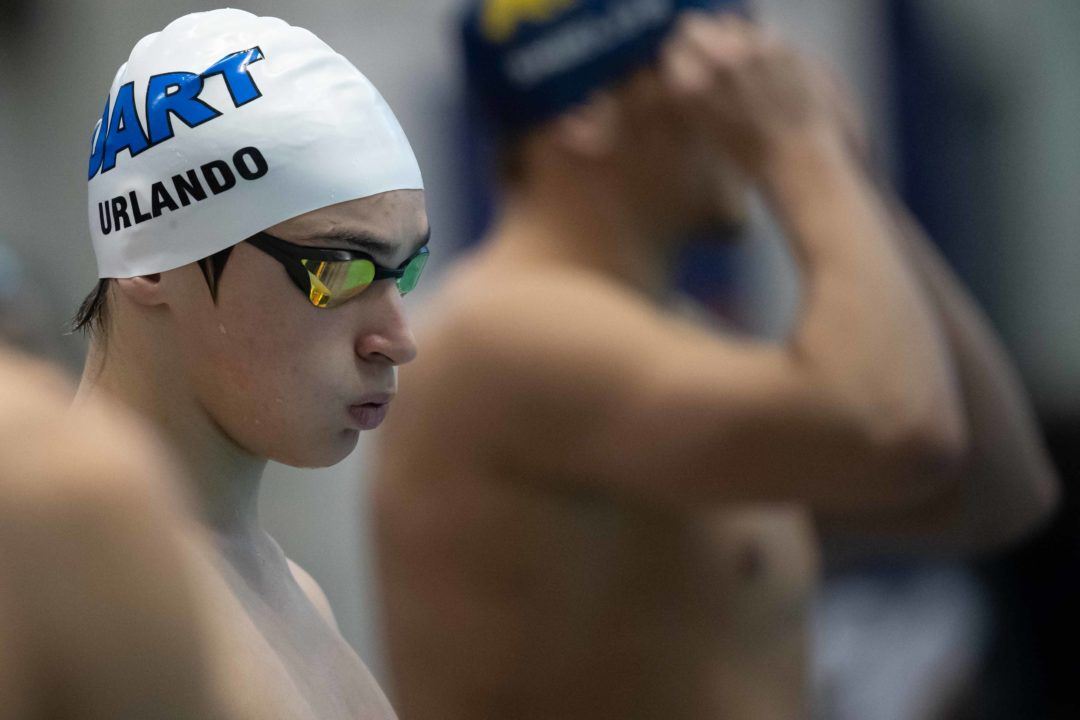 DART Swimming are among a handful of teams from outside the Gulf states region that will race at the upcoming College Station Sectionals in College Station, Texas. Archive photo via Mike Lewis/Ola Vista Photography

US National Teamer Gianluca Urlando will be among the participants this weekend at the College Station Sectional Championships in College Station, Texas.

Urlando was 3rd at last summer’s US Nationals in the 200 fly, and the 16-year old holds several USA Swimming National Age Group Records.

A contingent from Urlando’s DART Swimming club in California has made the trip east for this meet, joining a growing list of California teams that make the trip out annually for the event.

Other big-name clubs coming in from out-of-state for the meet include Club Wolverine from Ann Arbor, Michigan; and the Loveland Swim Club from Colorado.

That’s in addition to the expected contingent of local swimmers.

A group of Texas A&M post-grads, including Beryl Gastaldello, Mauro Castillo Luna, and Sarah Gibson, will be at the meet. So too will a number of State Record breakers from the recent Texas High School State Championships – including Emma Sticklen from KATY Aquatics and Emma Stephenson from DADS.

Vote Up30Vote Down Reply
Lazelo Cseh swims at the 2036 Olympics

I’m excited to see what Luca can do here, especially since it’s short course prelims and long course finals. Also, coming off the momentum from Junior Nationals, I’m wondering how much faster he can go! Good luck Luca!

I like the sentiment of your screen name, but it’s “Laszlo.”