MPSF Will Run Timed-Finals Only for Conference Championship Meet 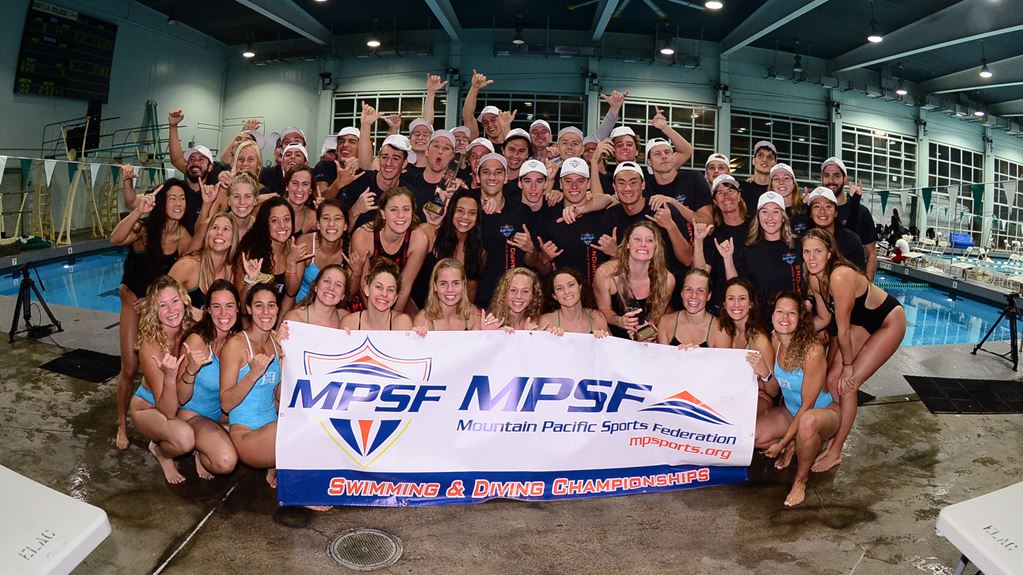 Hawaii swept the MPSF team titles in swimming & diving last season. This year will be a very different meet, with many swimmers and teams missing. Archive photo via Hawaii Athletics

Another wrinkle to this year’s meet is that the entire meet will be swum as timed finals, and there will be separate men’s and women’s sessions (aside from the brief opening day of the meet, which features only the two relay events). The women will swim each morning starting at 10AM Pacific Time, while the men will swim each afternoon starting at 3:30PM Pacific Time.

In digging through the psych sheets, the first thing that jumps out is that the University of the Pacific women, under second-year head coach Katelyne Herrington, haven’t entered an 800 free relay for the meet. That comes in spite of a minimum of 24 points just for finishing the relay legally. The Pacific women finished 7th out of 8 teams at the 2020 MPSF Championship meet with 234.50 points. That put them 58.5 points behind Cal Poly for 6th place.

There are also many swimmers with high seed potential missing from the psych sheets. It’s been hard to this point to peg down rosters for MPSF teams, with many of them having very few meets prior to the conference championship events.

UCSB, for example, is without 2 of the expected 3 returning legs of their defending conference champion 800 free relay. While that relay’s leadoff leg, sophomore Zoe Cosgrove, is racing this week, senior Elena England (on the roster still) and senior Emily Boggess (not on the roster still) aren’t on the psych sheets.

Boggess is the defending conference champion in the 200 free individually.

Similarly on the men’s side, the defending conference champion in the 50 free, BYU junior-to-be Jared Shaw, won’t swim at this year’s meet. He was an NCAA qualifier last year, though that meet was ultimately canceled because of the onrushing coronavirus pandemic.

UCSB’s Jolen Griffin, the defending champion in the men’s 100 back, is also absent from the psych sheets.

Other examples of big absences include the top 6 finishers in the men’s 200 free from last year’s MPSF Championship meet (some due to UCSD scratching, some due to graduation).

Many seed times don’t appear in the official NCAA times database and are likely from prior seasons or unpublished intrasquad meets. But, based on seed times as entered, below is how a meet that went exactly to psych sheet would score out (excluding diving).

Take these numbers with a grain of salt, though they are approximately what we’d expect the outcome to be. If ever there were a year where psych sheet scoring was flawed, this is the year.

I do not see where the seed scoring is. Is it a link?

Will they score the meet as if it were prelim/finals?

What’s is the reasoning behind this? Are kids not in shape to swim twice a day?
It can’t be COVID related- If you have a meet in place, it really doesn’t matter whether you are exposed once or twice
If it’s to split between men and women, why not just have separate meets?
Do these programs practice separately?

I think its all of them. Some programs have been having a hard time staying in practices, with possible exposures, so they haven’t had the best of training. Theres also county protocols and they probably were not allowed to have a lot of people on deck. I think also for warm up and warm down lanes there would not be enough room.

UCSB and Hawaii basically did one dual meet prior to conference so I hope everyone gets an extra year of eligibility if they want it.

Everyone gets an extra year of eligibility, whether they had 1 dual meet or 20.

Thanks I didnt realize that was an official thing. Great for all the swimmers but I wonder why some are not entered this year if it doesnt impact eligibily