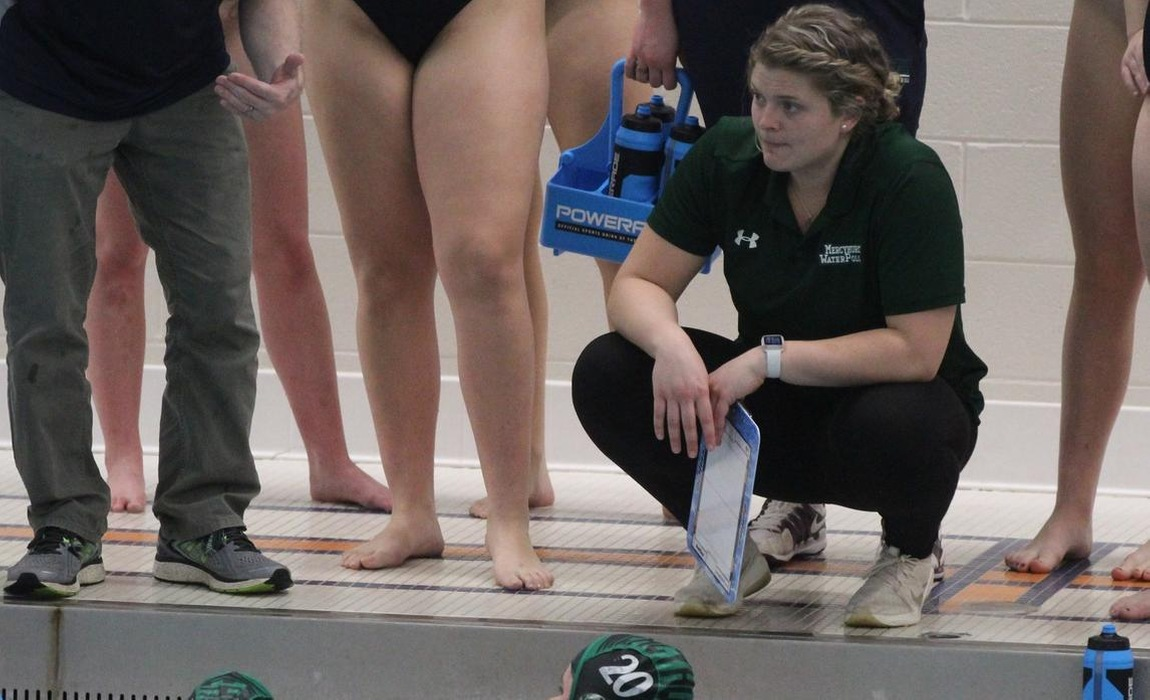 “We are thrilled to announce Alyssa Diacono as the head men’s and women’s water polo coach at Mount St. Mary’s University.” Director of Athletics Lynne Robinson said. “Alyssa’s experience as an elite player and successful coach perfectly position her to build and develop our new water polo program. I am confident that our water polo teams will grow and thrive under Alyssa’s leadership. We are very pleased to welcome Alyssa to the Mount community.”

Diacono spent two seasons working with the Lakers’ water polo teams. She arrived in the Keystone State by way of her native California after earning a degree in Public Health from San Diego State University.

In between her stops, she played professional water polo in international waters for the University of Western Australia Team, based in Perth, and The Exiles Sports Club in Malta from 2017-2019.

“I am humbled and honored to be named the inaugural Men’s and Women’s Water Polo Coach at Mount St. Mary’s University!” Diacono said. “The Mount has a legacy of academic and athletic excellence that I’m excited to carry on. With the addition of water polo at the Division 1 level, the sport continues to expand and brings new opportunities for both men and women student-athletes. I want to thank President Trainor, Lynne Robinson and the hiring committee for welcoming me to the Mount.  I look forward to building a program based on Mount St. Mary’s values!”

While competing for the Aztecs, Diacono earned SDSU’s Female Student-Athlete of the Year Award in 2017, and was a two-time Association of Collegiate Water Polo Coaches (ACWPC) All-American, garnering Honorable Mentions in 2015 and 2016.  The ACWPC also acknowledged her as an Academic All-American four times. Beginning in her junior season, her teammates elected her as team captain.

During Diacono’s time with the Aztecs, the team went 76-60 with an unblemished 26-0 record in the Golden Coast Conference. Her career totals include 158 goals, 90 steals, 23 assists and 17 saves. This includes 47 goals as a freshman and 43 more as a senior. The senior campaign also included 35 steals and 11 assists. Another specialty of Diacono’s was drawing ejections, or exclusion fouls, as she stands second all-time in program history with 292.

The team won Golden Coast regular season titles all four years Diacono competed, and earned an NCAA Tournament berth in 2016. That year they won the play-in game against Wagner before ultimately finishing eighth.

For her efforts, Diacono was named All-Conference three times. She earned an Honorable Mention as a freshman in 2014, followed by two First Team selections as a junior and senior.

Additional coaching stops on her résumé include an eight year stint as an assistant with Tesoro High School – a member of the Capistrano Unified School District – and an internship with the Mission Viejo Nadadores Swim Team. At Tesoro, she was instrumental in creating a perennial playoff contender at both the conference and state levels.

The Mount St. Mary’s men’s water polo team will start competition in the fall of 2020, and the women will start in spring 2021.